Yesterday afternoon, the ACHA tweeted (in three parts: 1, 2, 3) the pairings, schedule (for the first day) and bracket (sort of) for the national championship tournament, set to begin March 5th at the University of Delaware. They then followed up with the much-more-complete PDFs of the bracket and schedule early this morning. If you can't read the following adaptation of the bracket PDF, scroll down for most of the same information (minus the heavily-butchered PSU logo) in text form. Or click on the link two sentences ago, either way is good with me. 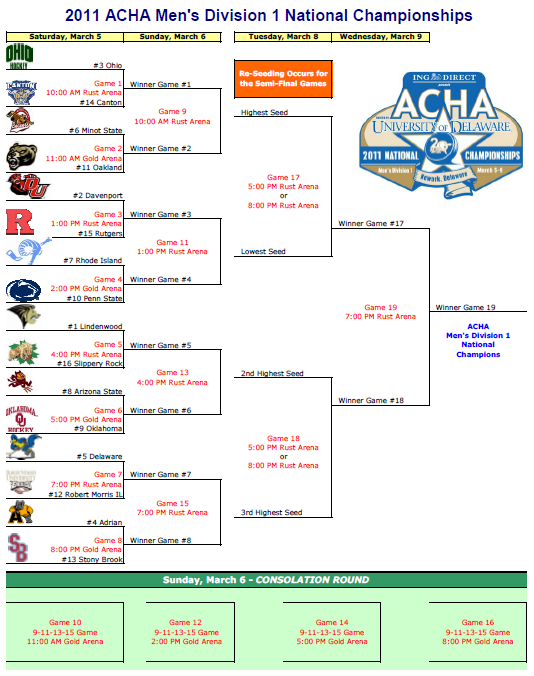