I know the tournaments ended for both US teams, and for the entire women's field for that matter, yesterday. But how lame would I be if I came this far with it, then completely ignored the culmination of the men's tournament? Exceedingly. So on that note... 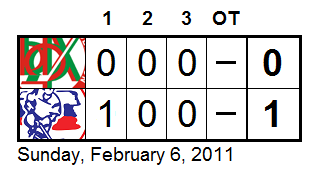 Russian captain Sergey Salnikov's goal completed the scoring in the goal medal match - just 5:44 into the game - as Russia successfully defended their gold medal with a 1-0 win over Belarus. Goalie Emil Garipov stopped all 22 he faced from Pavel Razvadouski and the explosive Belarus offense. Russia certainly didn't make it easy on any comeback attempts by allowing only two Belarussian power plays from Salnikov's goal through the end of the game. 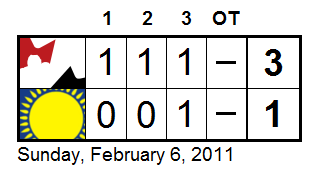 Goals from Yashar Farmanara, Maxime Langelier-Parent and Kyle Sonnenburg lifted Team Canada over Kazazhstan 3-1. Canadian goalie Anthony Grieco was perfect when the game was in doubt, getting his shutout bid spoiled with just 49 seconds left. Because they speak English in Canada, here are a couple excerpts from the link above:

Canada now has 11 men’s hockey medals in history at the World University Games including three gold, three silver and five bronze. It marked the third consecutive Universiade podium for the Canadians following a second-place finish in 2009 and a championship title in 2007, and their seventh medal in the last eight Games going back to 1997.

“We’ve been together as a team for 22 days and these guys worked extremely hard from day one, so I’m really happy that they get to go home with a medal. They battled back after a heartbreaking loss yesterday. It’s a well-deserved bronze medal,” said Team Canada head coach Clarke Singer of the University of Western Ontario. “Kazakhstan has a good team. We got up by a couple of goals but they just hung around. Their goalie had an outstanding game.” “It’s not exactly what we set out to do but I don’t think we can be disappointed. We had a great tournament,” said team captain Jordan Smith from Lakehead University. “We had a really hard game last night against the Russians. We know we gave it everything we had and we’re happy to be going home with a medal.” “Overall it was an unbelievable experience. We had a great group of guys, and I can’t say enough about the coaching staff. It’s a great feeling right now,” added the defenceman from Sault Ste. Marie, Ont., who carried the Canadian flag into the opening ceremonies.