It's become something of an NHL Entry Draft tradition: posed photos of the selected players wearing their new team's jersey. And now, for the first time, a current Penn State student has taken part, as freshman goalie Eamon McAdam - the 70th overall selection on Sunday - has officially classed up the famous colors of the New York Islanders.

McAdam is the first to partake as a PSU player. But in a sense, the Nittany Lions already have a less-than-impressive history with the draft-day occurrence, as then-Minnesota Gopher Max Gardiner's try at it was called the fourth most awkward of the 2010 batch by Puck Daddy. 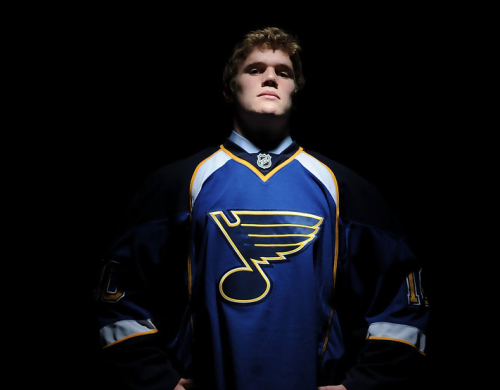 Nevertheless, McAdam has done a good job redeeming things, including the final photo below with Taylor Cammarata, a forward taken six spots after the first American goalie off the board. Cammarata is headed to Minnesota, where he'll be a rival, but he spent the last two seasons as McAdam's teammate on the USHL's Waterloo Black Hawks. And, if things work out as planned, they'll rejoin forces in the NHL.

UPDATE 2:46 P.M.: From the "making me look like an idiot" department and as it turns out, McAdam actually made this year's awk list on Puck Daddy. Fortunately, only because of Cammarata's height, or lack thereof. 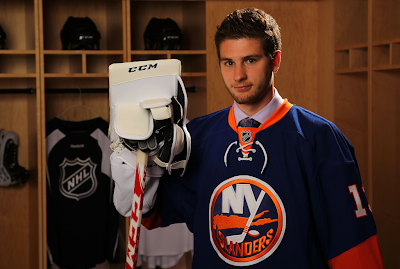 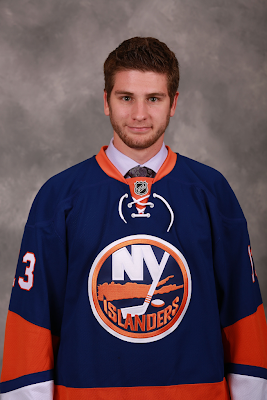 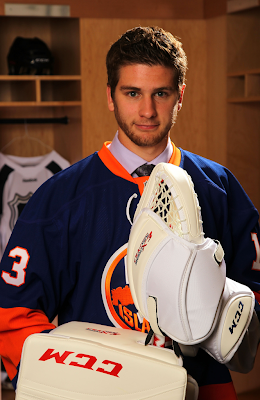 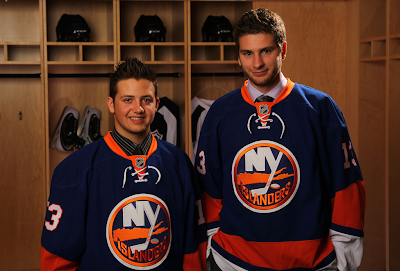