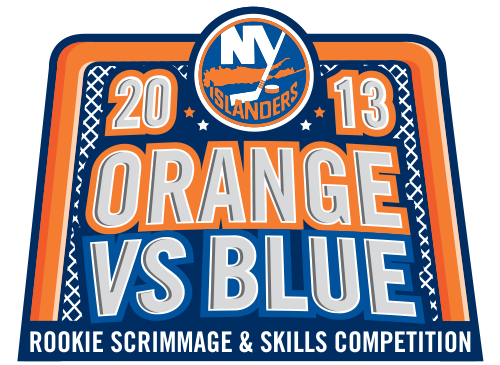 NHL development or prospect camps, despite the commonly-used blanket names, are not all created equally. Some have different goals from others, such as the Carolina Hurricanes' "conditioning camp" Tommy Olczyk attended last summer. Others differ in the degree of public access.

The Bruins, Capitals and Flyers, all hosting different Penn Staters this week, treat their development camps like a fan event - the public is welcome to on-ice sessions and there is more frequent scrimmaging, just to name two things that make them so. On the flip side of that are the Canucks and Islanders, teams that prefer the closed-door approach.

Accordingly, public information on the camps being attended by Eamon McAdam and Mike Williamson is harder to locate than it is for the destinations of Matt Skoff, Casey Bailey and Patrick Koudys. Here's what we do know though.

The Islanders camp, which they call a "prospect mini-camp," will take place this week and, for the most part, will be closed to the public. However, the Isles manage to juggle privacy and fan friendliness quite effectively with a big fan event at their for-now home arena. Per a team release:

The team will play their Orange vs. Blue scrimmage at Nassau Coliseum on Thursday, July 11 at 7 p.m. Fans will have the opportunity to see the organization’s top prospects compete in the game and then take part in a post-game skills competition that will feature a prospect shootout. Tickets to the event will go on sale on Thursday, June 20 at 9:30 a.m. Tickets are $10, with all proceeds going towards the Islanders Children’s Foundation.

Each year, the players compete in the Orange and Blue scrimmage, showcasing their skills for fans. Ryan Strome brought the game national attention when his move in the 2011 post-game shootout was selected on ESPN Sportscenter Top 10 Plays of the Night. To go along with the shootout, the players will take part in a skills competition with events such as the hardest shot and breakaway relays.

Perhaps the best part for obsessive fans (and bloggers) on a budget? According to the link, the Orange vs. Blue scrimmage will be streamed on newyorkislanders.com.

The Canucks publicly acknowledged that they're actually having a camp for the first time on Sunday, the day it opened, with a brief roster release showing that Mike Williamson will wear number 71 for the week. As with the Islanders, it's closed to the public, but from the sound of things, the team's media relations staff will do a decent job keeping people informed. Hopefully including at least one photo of Williamson in a Canucks jersey, since that doesn't exist yet to the best of my knowledge.

Here's the full text of the announcement beyond the roster:

Sunday marked the beginning of 2013 Prospects Development Camp, with 38 players reporting to Rogers Arena to start a week of intense training.

The future of the Vancouver Canucks, featuring 20 forwards, 13 defencemen and five goaltenders, will be put through the paces on and off the ice from now until next Friday and Canucks.com will have in-depth coverage everyday, including exclusive features, videos and photos, plus a player blog and player takeovers of @VanCanucks on Twitter and Canucks on Instagram.

[Sunday's] schedule has the prospects taking part in morning fitness testing, before an afternoon on-ice session.