With the last-to-start, last-to-finish Boston Bruins concluding on-ice activities at their development camp on Sunday, here's a look at how things proceeded for each of the five Penn Staters - draft picks Eamon McAdam (Islanders), Mike Williamson (Canucks) and Patrick Koudys (Capitals), along with free agent invites Casey Bailey (Bruins) and Matt Skoff (Flyers) - who received a crash course in life as an NHLer over the past week.

I'd like to think that part of my value lies in my ability (well, willingness, it doesn't really require talent) to sift through things, pull out the essentials, eliminate the duplication of information, and save you guys from the trouble. With that in mind and under the assumption that you know how to find out who the Capitals' second-line center will be this season or how guys like 2013 top-15 picks Ryan Pulock and Sam Morin looked at their respective camps if you care, the plan here is to limit things to direct coverage and discussion of the PSU guys.

However, I also included links to daily summary articles for each team (even when not discussing our specific interest), just to give an idea of the activities of everyone at the camps, Nittany Lions included. Unfortunately, not all teams updated every single day - or at all - beyond one-on-one interview videos and player-based features well past this post's scope, and there was a ton of variance in how much of the off-ice agenda was shared. Other than what is listed, most camps participated in team-building exercises in the evening, with excursions to see the local baseball team probably the most popular of those.

One more thing before getting started: the first rule of being an obsessive "I need to know everything" blogger is that there's always more out there than is possible for one human to locate. If you know of something I missed (quality photos of Skoff and/or Williamson playing hockey in NHL jerseys would be particularly helpful), let me know in the comments and I'll be more than happy to share, with full credit, of course. 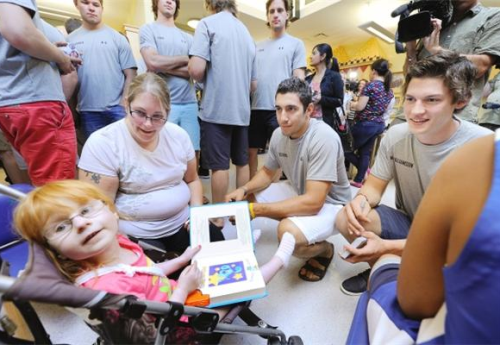 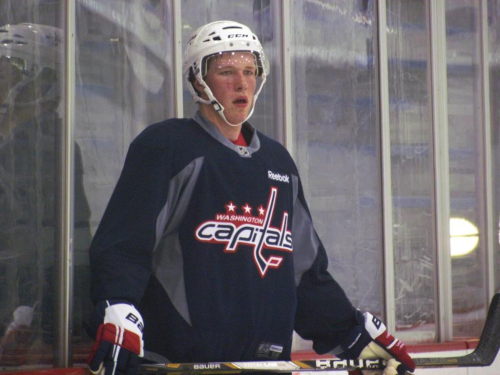 Patrick Koudys
The Capitals' official updates were largely on video and unfortunately offered little insight regarding the camp's off-ice actvities. So instead, here is The Peerless Prognosicator on three of the six days. 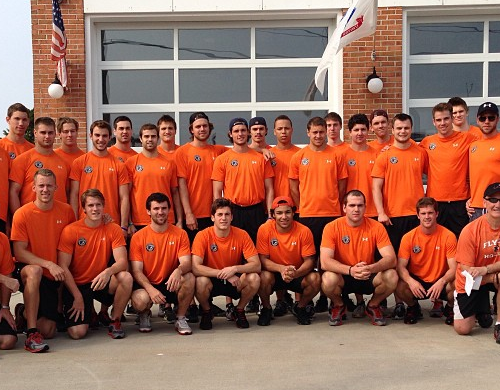 The Flyers media relations staff, for the most part, was pretty terrible in their reporting about camp (beyond Trial on the Isle), partly because their attention was ripped away from it by the introduction of free agent signings and former coach Fred Shero's election to the Hockey Hall of Fame. As a result, I relied on TheHockeyGuys.net for July 7th, 8th and 11th. Beyond the official site's July 10th recap, which I did use, they also came through with a nice feature explaining the goals of Philadelphia's camp, and how they differed from previous scrimmage-heavy years. 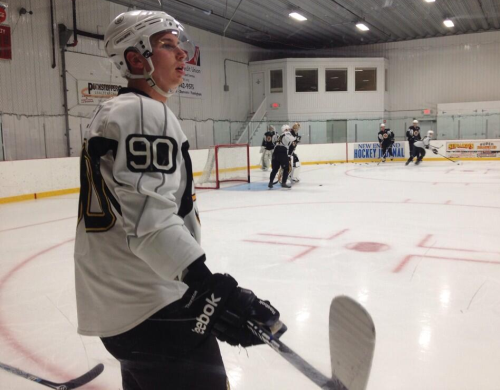 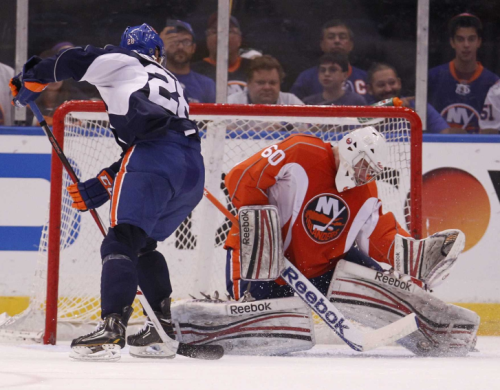