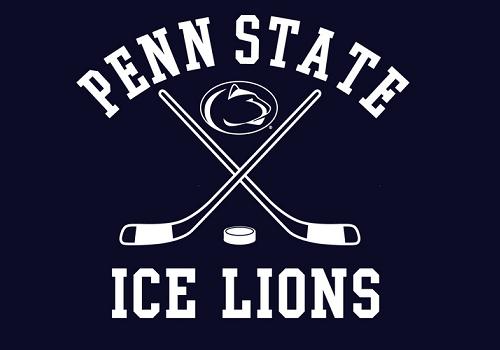 When it comes to The Scandal, we're now at the point of the news cycle where the primary story has died off some, and the order of the day are these sorts of big picture "what does this mean" and "life goes on, despite what happened" articles.

Thanks to this one, we now know that the hockey teams have coaches, they'll join the Big Ten and College Hockey America shortly after beginning DI play, the Pegula Ice Arena will break ground early next year, and the recruits are still recruits. Riveting.

Whole article? You got it.


Township Council will vote tonight whether to approve a 30-day extension for developers to respond to the latest comments on the plan for the new Pegula Ice Arena at Penn State.

The arena is planned near the intersection of University Drive and Curtin Road and will sit in both the township and State College.

Sweetland Engineering requested the extension to meet plan conditions and reply to comments on the plan from borough staff. After receiving conditional approval by township council on Sept. 15, Sweetland had an original deadline of Dec. 14 to meet those conditions and record the plan with the Centre County Recorder of Deeds Office.

The Ice Lions pulled of a titanic win on Friday at the MACHA Showcase, 3-1 over the No. 2 Southeast Maryland-Baltimore County Retrievers, then dominated Temple on Sunday (St. Joseph's pulled out of the event, giving PSU an unexpected off day Saturday). I'll leave it to Hockey Yall to give the details.


Penn State capitalized on two Maryland-Baltimore County turnovers to build a 2-0 lead in the first period and went on to a 3-1 victory over its Mid-Atlantic College Hockey opponent.

Chris Lewis and Jim Recupero scored off rebounds for the Ice Lions. Lewis’ marker, which opened the scoring, came when Penn State was playing a man short. It was his team-leading 18th goal of the season. Recupero’s was his 13th.

The victory was Penn State’s 10th in a row. More importantly, it gives the Ice Lions the upper hand in their battle with UMBC for the No. 2 ranking behind unbeaten Florida Gulf Coast in the ACHA DII Southeast Region. Friday night’s game was the only one between the two teams this season.

It wasn't all sunshine and puppies for Lewis after the game though.

This one isn't a hockey story per se, but interesting nevertheless. If Paul Caponigri wanted to dig for a reason why Penn State hockey will face ruin because of The Scandal, this would have been a much more sensible approach than the one he chose. He'd still be wrong, but my respect for his opinion would be greater (like he cares).

Some math: seventeen home games times 5,000 fans times $20 per ticket is $1.7 million. Ohio State, not a particularly exceptional name in men's or women's hockey, spends about $4 million per year on their two programs. For the Wisconsins of the world, it's more like $6.5 million (both schools operate in the red on men's and women's hockey, when put together). I've already given my opinion on the (limited) potential for television money, and the administration's stated goal is to break even on hockey. Put that all together, and continued donor support will be vital.

One other thing to keep in mind: the whole idea of hockey breaking even was formed during a pre-scandal reality, one where it was assumed that football covers the vast majority of athletic department expenses, allowing some flexibility elsewhere. If football takes a hit, that reality changes and the athletic department has to get creative, it will touch hockey in some way as well - unless they're sitting on a pile of directed donations.

The Lady Icers were away this past weekend, and you know what that means: road trip pic. This one, of the coaching staff and courtesy of Tess Weaver, was taken at Kingston (RI) Pizza.
﻿
Five Questions With: Penn State's Guy Gadowsky
(juniorhockey.com)

Gadowsky's go-to recruiting pitch is strikingly similar to that of Joe Paterno.

More outdoor fun is coming to NCAA hockey, this time from my favorite conference. Meanwhile, we're now under the one-month-to-go line for the tentative game at Citizens Bank Park with no official announcement from Penn State or Neumann.

Included: Brandon Saad, the guy through whom we're all living vicariously until PSU has its own NHL draft picks and WJC camp invitees. Also included: fellow Pennsylvania natives Stephen Johns (now at Notre Dame) and John Gibson (a former Michigan commit now in the OHL). The three keystoners tie PA with Massachusetts and trail only Michigan (6) and Minnesota (5).