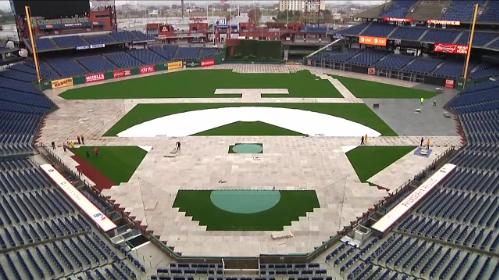 By the way, interesting footnote: Patrick traded for the current reigning famous PSU hockey dad, Eddie Olczyk, during his playing days (in 1997) and later hired him as a coach (in 2003).

Chris Dinsmore's three-point game helped ensure that the Ice Lions, the hottest of the three teams at University Park, won their 12th in a row Saturday heading into the semester break.

PSU's ACHA D2 entry, now 17-2-0, has just eight regular season games left, five of which are against teams already defeated this season. This vital stretch of games begins January 7th against Pittsburgh as the Ice Lions attempt to secure an autobid (by finishing ranked first or second in the southeast region) to the ACHA national championships.

1. Hello, Neumann!
(The View From the Booth)

Without a doubt, the number one story concerning PSU hockey this week is the announcement of the outdoor game against Neumann on January 4th, so this slot goes to one of the few things I saw out there that went beyond a simple press release regurgitation.

Reminder: tickets are $10, general admission only, and available here (promotion code 'PSU'). I'm counting on you guys to prove me wrong about the damaging effect of the late announcement.

Okay, one more outdoor game story. I was quoted in this one by Ben Jones, who has appeared on ESPN. Cracks me up when people care what I think about stuff.


"I'm thrilled that it's finally official after a few months of waiting. It will be a fantastic showcase for Penn State hockey in a vital market," Penn State hockey writer Kyle Rossi said. "People shouldn't lose sight of the game itself, either. Neumann is one of the top programs in Division III, and given everything, you really can't buy a better hockey ticket for $10."

Why? In all seriousness, if I had infinity dollars like TPegs, I'd buy an NFL team. Preferably the Detroit Lions. I'm guessing there are probably rules that keep him from doing that as long as he owns a player agency.

Yep, the UAH program has risen from the dead after being killed back in October. Maybe now, their supporters will stop trashing the ACHA at every turn.

While it's understandable on some level (it was the preferred option of the guy who chopped the program, making it a natural target), much of what came out of their corner in the aftermath of the previous announcement still rubbed me the wrong way. The ACHA, to a large extent, is what you make of it - just ask us. Yeah, I've seen a lot of those crowds of dozens referenced in that unbalanced pile of crap I just linked. But I've also seen places that draw crowds comparable to or better than the 1547 per game UAH is drawing this season as a school playing "real" hockey.

Even if you're not with me on that sentiment, I think it's important to remember that none of the circumstances that led to their problems have changed (although Paul Kelly is trying to alleviate that to an extent). Still, I wish them the best of luck with their new lease on things. 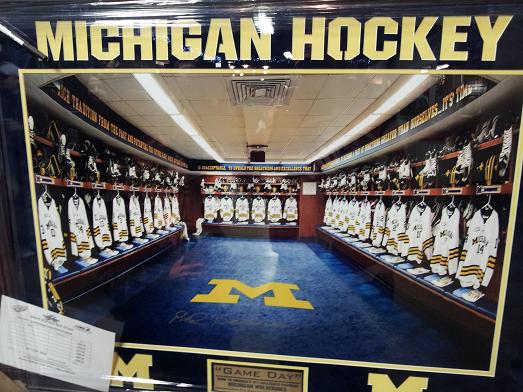 No attribution on this one - I took it myself at Saturday's Red Wings-Jets game. This photo was up for bid in the Joe Louis Arena concourse (Red Berenson's autograph is under the carpet M if you can't see it). Once PSU has a dressing room worth showing off in 2013, I demand a similar item.

One thing that always strikes me in Detroit is the way Michigan and Michigan State hockey are a legitimate part of the sports culture there. Certainly not on the same level as the football teams from those schools, but college hockey is definitely on the radar. It's simultaneously a little scary that PSU will need that kind of penetration to be as successful and exciting that it might happen.

Also, Michigan's whites are the best unis in college hockey. So they've set the bar in that regard as well.

Oh hey, the third-best conference in the country is trying to do stuff. Cute.


“We’re hoping to have it all done by the holidays,” [Colorado College AD Ken] Ralph said. “There’s no way of knowing how long the contract negotiations may last. We’re in a win-win. All three finalists would be excellent choices.” 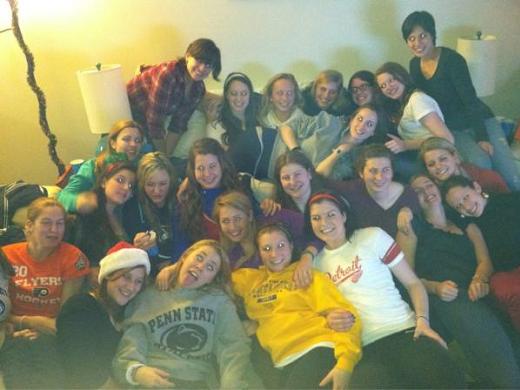 Novi, MI native Katie Murphy repping the Wings in the front there (I think that's her, I'm admittedly brutal with faces) makes me sad that she doesn't follow me on Twitter though. Detroit fans have to stick together in the middle of the masses of Pens and Flyers shirts around State College.
Posted by Kyle Rossi at 1:00 AM