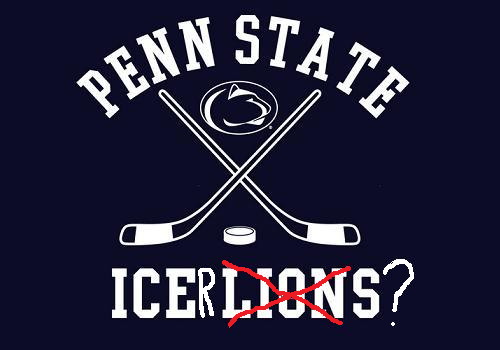 As the readership of this blog has grown, I occasionally get asked questions. The idea of people caring what I think still amuses me, but it's your fault for assigning me credibility.

One of the more frequent queries concerns the future of the ACHA Division 2 Ice Lions, specifically whether they'll "become" the Icers. My answer - keep in mind that I have no inside information, this is just an opinion (an educated one, sure, but still an opinion) - has always been no. Here's ACHA Division 1 policy I(C)(6), in pertinent part:


While all Men’s Division 1 teams should strive to reach these membership requirements, all existing teams receive a grandfather on all items. Any new team failing to meet these requirements could petition Men’s Division 1 for an exception.
(a) Main Hockey Team on Campus (No NCAA Program)

The grandfather clause and the fairly loose wording of the "requirement" account for the presence of Adrian, Canisius, Cornell, Cortland, Mercyhurst, Niagara, Oswego, Robert Morris, RIT and Western Michigan in ACHA D1. Penn State, as one of the founding fathers of the ACHA and a long-time model program, surely could play D1 if it wanted after a couple handshakes.

But could PSU do it and should PSU do it are two different questions. There's a reason the ACHA bylaw, flimsy though it may be, exists. Running a proper program at that level is a heavy investment, and those that do it right (PSU, Delaware, Ohio, Rhode Island, Lindenwood, Illinois, etc.) receive a decent (in a strictly relative sense, nobody gets rich on club hockey) return on that investment, in the form of support from the university community. Does a D1 team sharing a campus with an NCAA team get anything near that in terms of attendance, boosters, sponsorship and school backing? Of course not, and the differences are usually reflected in the competitive product (one doesn't need to spend a ton of time evaluating the list of schools from this paragraph with the one from the last paragraph to see that).

D2 programs, on the other hand, can and do thrive in the shadows of an NCAA program, largely because they operate in smaller geographic spheres, both in terms of scheduling and recruiting. For example, the Ice Lions only leave the states of Pennsylvania, New Jersey, Delaware and Virginia once this regular season, for the ACHA Showcase in St. Louis. The Icers, on the other hand, go to Oklahoma, Illinois and Rhode Island this season and have frequently gone to places like Michigan, Arizona and Iowa in the past. The Icers roster 17 out-of-state players this year to eight for the Ice Lions.

Perhaps most importantly, the NCAA DI-ACHA D2 model has proven to be effective by fellow future Big Tenners Michigan, Michigan State and Ohio State, each of which has perennially solid ACHA teams (Minnesota and Wisconsin also have D2 teams). The NCAA DI-ACHA D1 model...not so much, especially when talking about the two schools trying it with major-conference NCAA programs, Cornell and WMU.

None of this prevents PSU from applying the name "Icers" to the D2 program, so let's take a quick look at that option.

We already know that the Icers name for the ACHA D1 program will officially be dropped in favor of "Nittany Lions" when the transition to NCAA DI is complete. This is a subjective matter, but my preference is to see the Icers name depart into history along with the most dominant program in non-varsity hockey since the ACHA's 1991 founding. I think the most honorable treatment of the name, given its immense history, is to retire it while celebrating the tradition that allowed PSU to get an NCAA program somewhere prominent in Pegula Ice Arena. The alternative just doesn't seem right. Besides, I'm positive that people who were around for the ACHA D1 years will still refer to the NCAA team as the Icers on an informal basis, perhaps even to the point where it becomes the accepted thing to do among everyone who follows the program closely.

Let's not sell "Ice Lions" short either. While there aren't seven ACHA national championships attached to that name, the team does have a winning history to it, including a national runners-up finish in 1997 and a semifinal appearance in 2004. And maybe, just maybe, we're witnessing the beginning of the program's golden age under Josh Hand. Why not allow them the chance to build their own tradition?
Posted by Kyle Rossi at 5:30 PM