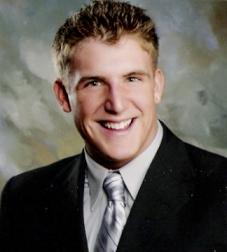 Said Recupero, via the release:

"It is an honor and great opportunity for me to get to represent Penn State University and my country with the select team. This is a great honor for me after playing for the Ice Lions the last four years, I will do my best to represent everyone with pride and dignity during my time overseas."


"This is a great honor for Jim. He really deserves to take part in a trip like this, he has worked extremely hard the last four years for the Ice Lions and has done an outstanding job as the captain of our team this year. This is why I enjoy coaching so much, getting a chance to see great people and players get the opportunity do great things with the sacrifice and hard work they put in at this level."

So far this season, the North Huntington, PA native forward has led the Ice Lions in assists (19), and his 33 points are good for second on the team. He scored an overtime winner against DePaul in the ACHA Showcase on October 7, one of PSU's 17 wins against just two defeats - a record that has earned the No. 3 ranking in ACHA D2's southeast region.

Further information about the D2 Select Team is available at achad2selects.com.
Posted by Kyle Rossi at 6:24 PM