Selected TYT coverage of the Penn State vs. Neumann (NCAA Division III) game scheduled as part of the Winter Classic festivities in Philadelphia's Citizens Bank Park on January 4, 2012 at 8 p.m. 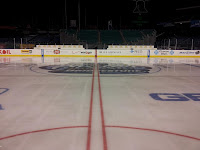 A batch of twelve photos taken from the Citizens Bank Park field prior to the Penn State-Neumann warmup, both in and around the Winter Classic rink.

The TYT live blog from the Icers' defeat at the hands of the Knights, as well as links to recaps. 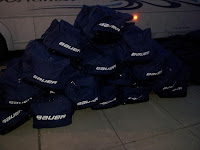 Neumann will come into Wednesday's game with plenty of momentum after shutting out No. 2 Oswego State on their home ice.

Broad Street Hockey, a Philadelphia Flyers blog on the SBNation network, got some first-look photos of the Winter Classic ice.

Guy Gadowsky and Dominick Dawes coach at very different universities. But they have more in common than you think.

Gunning For a Record

Is it within the realm of possibility that January 4th will bring the largest crowd to ever watch an Icers game? What about Neumann? 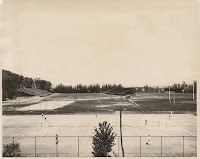 We've Been Here Before

A look back at Penn State's history with outdoor hockey, from the Duck Pond to flooded tennis courts in the first varsity era to the partially-open rinks that were still around in the 1990s.

The Middle of Somewhere

A TYT response to NHL commissioner Gary Bettman's dealing a major blow to the hopes of those who want to see a Winter Classic in Beaver Stadium.

It's understandable if you don't know a thing about Neumann University, the school that will face PSU on the Citizens Bank Park ice. Here's your primer.

A late announcement probably hurt the game's drawing power, but it's not too late for Joe Battista and company to make up for lost time.

Five months following a leak of an outdoor game against NCAA Division III Neumann at Citizens Bank Park, Penn State has made it official.

Coverage from other sources:

Friday, January 6, 2012: Getting Caught Up (The View From the Booth) // Neumann latest DIII team to enjoy outdoor experience (d3hockey.com)