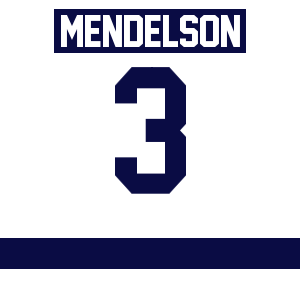 Cara Mendelson didn't play much in 2012-13 - just two games - but there's little doubt that she's an important part of the Nittany Lions' depth. She's adept at playing both forward and defense, a bit of flexibility that allows Josh Brandwene and his staff added security against the inevitabilities of hockey. And it has to be said that with Mendelson in the lineup, PSU did quite well last season: 2-0-0 with a 6-1 win at Sacred Heart on October 20, 2012 and a 4-0 home victory against Division III Chatham on January 5th. The Steel City Selects product spent her freshman season with the Lady Icers and was a key component of an outstanding group of blueliners that helped PSU to the ECWHL regular season championship. She scored her first collegiate goal on October 28, 2011 against California (PA) and was in the lineup for the Lady Icers' stunning upset of NCAA DI's Sacred Heart on January 14, 2012. Mendelson was one of six Lions to earn Academic All-Big Ten accolades last year. 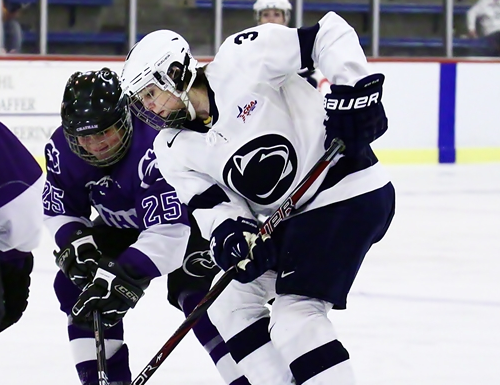