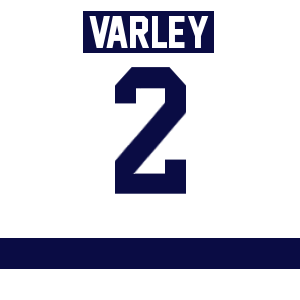 Underappreciated Connor Varley, in many ways, was the glue that held Penn State's often-shorthanded defensive corps together last season. He was the only Nittany Lion blueliner to appear in all 27 NCAA games - and one of just four players on the team as a whole - with his 12 points in those games leading the unit. Varley's offensive capabilities were already known prior to his beginning at PSU thanks to his exploits with the USHL's Des Moines Buccaneers and the BCHL's Alberni Valley Bulldogs, but he surprised with his defensive strength, particularly as 2012-13 proceeded. His 27 shot blocks were a team high, and despite his unimposing size, Varley developed into someone who won far more puck battles than he lost by the end of the year. The righty was a big-game player as well, with five of his 12 points coming against Air Force (one goal and one assist on November 10th), Ohio State, Vermont and Michigan State (one assist each). 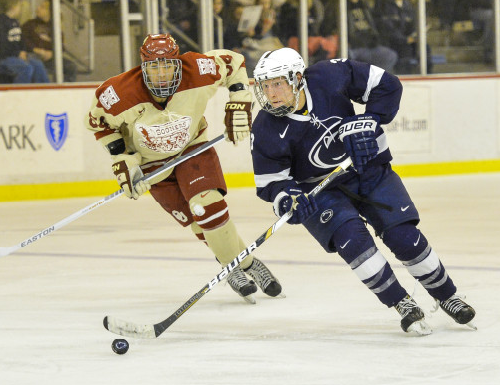