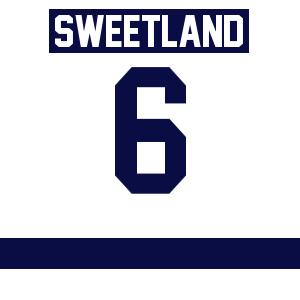 When discussing Penn State's top offensive defensemen, it's common to hear the names Connor Varley, Luke Juha, Mark Yanis and Nate Jensen thrown around. But Peter Sweetland comes up much less often, even though he tied for second in blueliner points (with Yanis and Jensen, behind only Varley) among Nittany Lions in 2012-13, a statistic that includes a goal and an assist against Army on October 26th. The former EJHLer, who spent his last season prior to enrolling at PSU with the Green Mountain Glades, is a quietly effective defender with good size. He has taken just two minor penalties in his entire career to this point, and he also blocked 22 shots as a sophomore while finishing with a +2 rating - basically, the right-handed shot is an asset to any coach's top six. With the Icers in 2011-12, Sweetland scored a first-period power play goal at Ohio on January 28th that held up as the winner in the final ACHA meeting between the storied rivals. 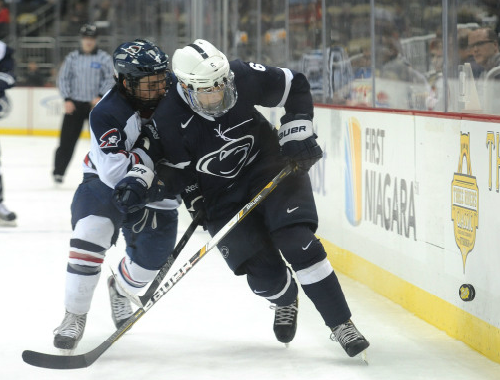