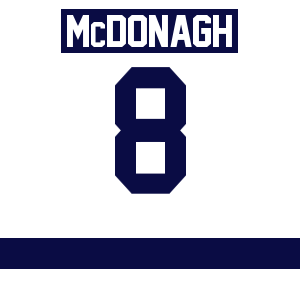 With classmate Matt Madrazo not returning to the Nittany Lions this season, Michael McDonagh stands alone as the last active NCAA men's player enrolled at Penn State prior to September 17, 2010 (Lindsay Reihl holds that distinction on the women's team). And the former prep star at both Phillips Andover and Winchendon School, as with the six "pure Icers" who were seniors last year and against the expectations of some, made himself a valuable member of the squad. He's a net-front specialist with good size who generally centered other do-what-it-takes types (most frequently Michael Longo and Tommy Olcyzk, but also Eric Steinour, George Saad and Jacob Friedman). It was a style that paid off in a big way, as McDonagh was a major reason why PSU had better-than-expected depth last season. He scored the first empty-net goal in the program's modern varsity history on November 10, 2012 against Air Force and skated in 23 of the 27 games Penn State played against NCAA competition. 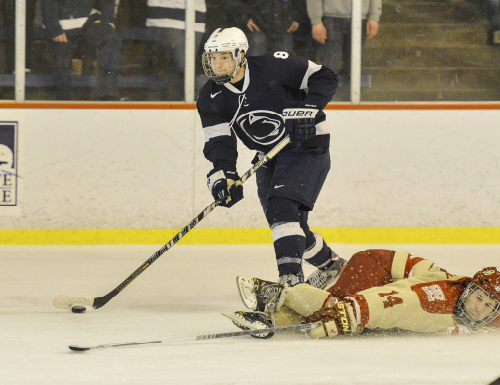