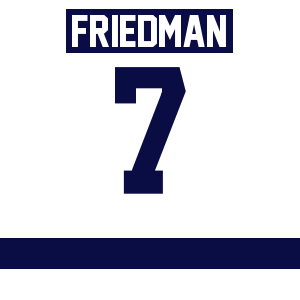 Jacob Friedman is one of those players who, above all else, is fun to watch. Although not blessed with great size, the hard worker prefers the high-traffic areas in front of the net and on the walls usually populated by much larger men. A Detroit-area native, Friedman came to Penn State after two seasons with the EJHL's South Shore Kings, the second of which (2010-11) saw him serve as the Kings' captain and put up 61 points to finish tied for sixth in the league in scoring (notably, with current Union forward Max Novak). Unofficially, and along with the since-departed Tim Carr, Friedman was the first commit of the 2011-12 freshman class and therefore of the NCAA era. The 2012-13 Academic All-Big Ten selection particularly likes playing against NCAA Division III Fredonia State. As a freshman, one of his Icers-high five power play goals was instrumental in a stirring come-from-behind win over the Blue Devils on November 5, 2011, and last season he offered a goal and an assist as PSU also took the rematch. In July, Friedman was a member of Team USA for the 2013 Maccabiah Games in Metula, Israel and helped the American squad to a silver medal. 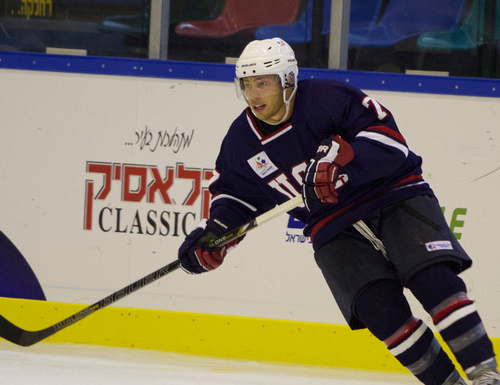