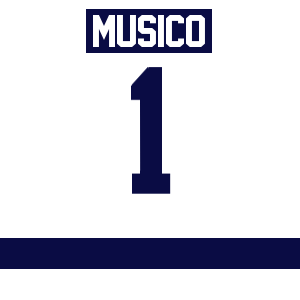 P.J. Musico, most observers assume, has a tough road ahead of him with highly-esteemed and younger goalies Eamon McAdam and Matt Skoff both in the program. But even a cursory look at Musico's history makes it clear that he shouldn't be written off. As an Icers freshman in 2011-12, he stepped on to a team including returning starter Matt Madrazo and respected recruit Tim Carr - and proceeded to lead PSU in every major goaltending category, including minutes, wins, save percentage and goals against average. Last season, with Skoff in the fold, Musico took control of the crease early on and delivered several signature performances. On October 12th against AIC, his 32 saves helped a 4-3 overtime win that was Penn State's first victory of the NCAA era, and he followed up two weeks later with the Nittany Lions' first NCAA shutout, at Army on October 26th. Most impressively, Musico's 40-save, first-star effort in a 3-2 win over RIT in front of more than 10,000 orange-clad Tigers supporters on October 20th announced PSU as a threat in varsity year one. 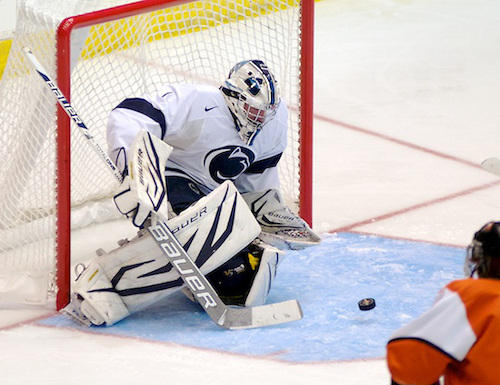