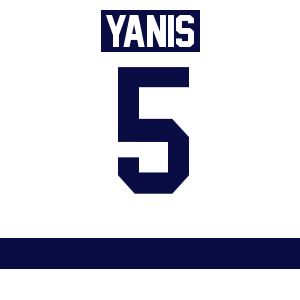 While Penn State hockey fans frequently discuss the pro prospects of draft picks like Eamon McAdam and Max Gardiner, don't be surprised if Mark Yanis winds up as the Nittany Lions' first NHLer, via free agency. He has made large developmental strides over the last couple seasons, and despite being sidelined for a large chunk of 2012-13 with a broken ankle, he managed nine points in 15 NCAA games - his 0.6 points per game trailed only Gardiner, Casey Bailey, David Glen, Taylor Holstrom and Jonathan Milley on the team. That stat includes an early second period power play bomb that pulled Penn State within 2-1 at Michigan State on January 26th, a game the Lions went on to win 3-2. Yanis' imposing presence on the blueline and back into his zone is his calling card though, and he's so effective in his traditional role that PSU allowed nearly an entire goal more per game during his absence (3.50 without him, 2.53 with him). With the Muskegon Lumberjacks alumnus (and others who were injured last season) back full time, along with the addition of guys like McAdam and Mike Williamson, Penn State could be one of the nation's finest defensive teams. 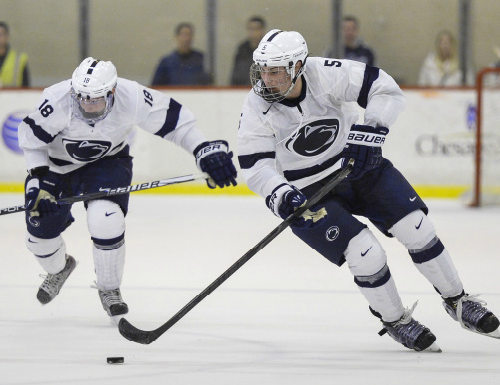