Today's goodness comes to us courtesy of the official men's hockey Twitter, which deemed it appropriate to toss a bone to those of us who don't live on or near campus.

So what's new? Well, since last time and thanks to a bunch of blasting and excavation, they've successfully caved a parking lot and will now begin to put up paradise (that was bad, sorry). Expect to see distinct signs of said paradise sooner than you might think.


...portions of the steel structure could start going up as early as Blue-White weekend this spring.

Blue-White weekend, by the way, begins April 20th. PSU brass has a ceremony planned for that date - can't really call it a groundbreaking ceremony, can you? - so expect the next installment then. 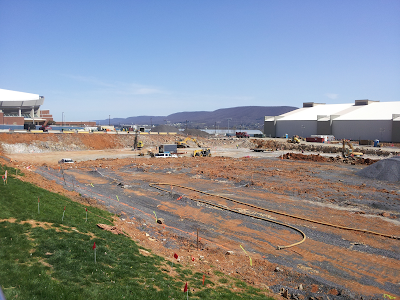 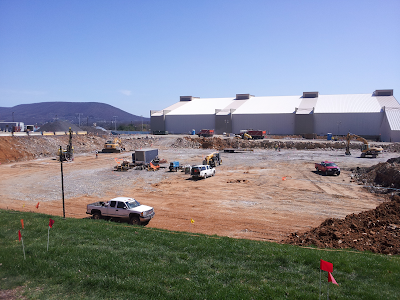