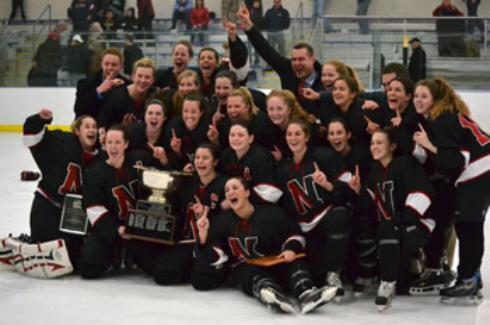 3. It's in the blood: Penn State freshman following in his father's footsteps
(Centre Daily Times)

I always feel a little guilty using stuff from early in the week, because I'm always convinced you've all seen it already and I'm just wasting your time, but here you go: if you didn't see it, the CDT wrote a hockey article. Specifically, a profile on Tommy Olczyk. Enjoy.

Before heading to Fort Myers, FL in search of an ACHA national championship this week, the Ice Lions first took care of business in the MACHA by defeating UMBC 4-3 in the league's championship game on Saturday. Get on the bandwagon now, these guys have a legit shot at Penn State hockey's only national championship this season. And check your preconceived "JV squad" notions at the door - the Ice Lions beat ACHA D1 tournament team Drexel this year and gave ACHA D1 semifinalist Lindenwood all they wanted as well. They're a great team, and you'll have fun watching them (for free, FastHockey.com, starting Friday morning at 9:15 against Siena), promise. Besides, what else are you going to do?

If you haven't heard by now, Northeastern won the ACHA Women's Division 1 national championship on Sunday, beating Minnesota 3-1. Huskies goalie Chelsea Dietz was named tournament MVP. The Lady Icers' conference, the ECWHL, represented well at the tournament, with UMass (that school that didn't deserve to be there over PSU) joining NU in the semifinals.

One more time, then I'll leave the horse for dead: Penn State went a combined 4-2-1 against the two ACHA semifinalists on their schedule (2-2-0 against the new national champs) and won the regular season title of the league all three have in common. They deserved to be in Wooster, and I deserved to be there covering it as obsessively as I did the men's tournament. Even without Sara Chroman and Jess Desorcie, they certainly would not have fared worse than Michigan, which was waxed by a combined 13-3 in their three pool games before heading home.

Since it's the off week for Commit Cycle and since this is pretty big news: 2014 Penn State defense recruit Kevin Kerr has been invited to the NTDP evaluation camp, which begins on March 19th. If you're not familiar, the NTDP (which is based in Ann Arbor, MI) is a USA Hockey operation designed to centralize the training and development of the best American prospects. From a college hockey recruiting standpoint, these guys are the best of the best, your five-star recruits. So having a first-ever NTDPer in the fold (at least until major junior poaches him...kidding...kind of) would be a nice milestone for the program.

By the way, outgoing Icers senior Nick Seravalli (who has a prep school, Holy Ghost Prep in Bensalem, PA, in common with Kerr) offered a quick scouting report via Twitter last week.

Speaking of major junior, this is one of the most on-point things I've ever read concerning the ongoing war between college hockey and the preferred system of our neighbors to the north.

Jessie Pegula, the tennis-playing daughter of Terry and Kim, gets a nice look here. Now that she's 18, Sabrefan's obsession with her is still creepy but at least it's no longer illegal. 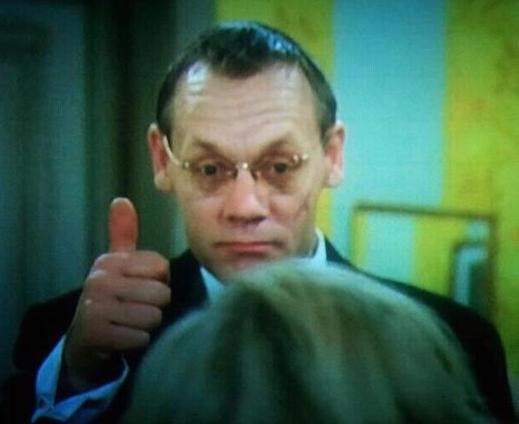 Here's your Twitter drama of the week. On Wednesday, Icers Nittany Lions goalie P.J. Musico tweeted that he had made his first-ever trip to Wawa, and that he was "not impressed." Fair enough. As someone who has spent his whole life either at Penn State or west of State College (aka "Sheetz territory"), I've only been once myself. While I found it decent, I really don't see the big deal. Is Wawa better than Sheetz? No. Is Sheetz better than Wawa? No. Why? They're the same damn thing. You punch an order into a screen at a place that doubles as a gas station, you get food that is fantastic for gas station food, but below average for restaurant food. It's certainly not the type of place that should inspire a response to Musico's tweet like...

Really, Phil Edwards? That's how you're going to play that? A couple quick pieces of knowledge for you: