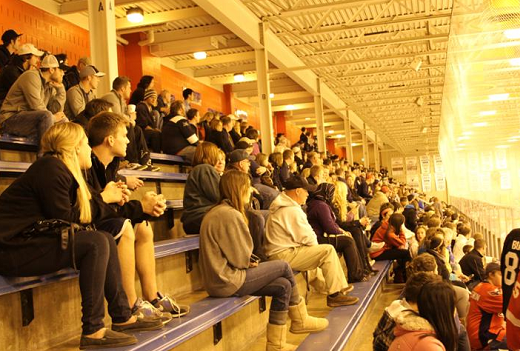 Abbey Dufoe is back with some engaging reading framed around three infographics containing statistics on various social media sites. No, it's not about hockey, but it's still topical - if you clicked through to this post from Twitter or Facebook (unfortunately, there is no TYT Pinterest yet), you owe Ms. Dufoe a couple minutes of your time.

Icers Nittany Lions forward George Saad gets some nice run in a story primarily about his brother. I can't think of anything else to say about it that carries the appropriate amount of both pith and snark, so just read it.

Ever wonder how the Ice Pavilion would hold up under the scrutiny of an intrepid reviewer who has taken in venues like Ford Field (for my money, the NFL's best stadium), PNC Park (for my money, MLB's best stadium) and Consol Energy Center (never been there, but it's new and probably nice)? Don't worry, it wasn't all bad, I promise. But it will make you excited to bail on the place. 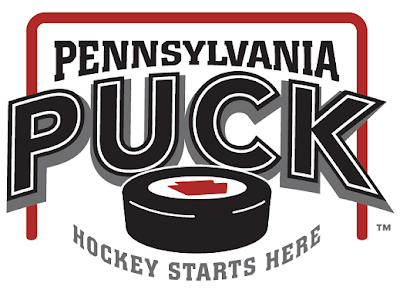 Remember PA Puck? Apparently, they threw up their hands and quit on February 29th.


Ultimately we just didn’t have enough site traffic and certainly not enough advertisers in order to continue.

I don't mean to throw dirt on the site's grave, but...it just launched in October - they didn't even give it a full hockey season. I'm not privy to their traffic numbers, but they have 621 Twitter followers (TYT has 548 and has been at it a year longer). They have 1,171 Facebook likes (TYT has 103...wooooo). They may not have had many advertisers, but they certainly had more than zero. To build that kind of a following in five months, that's a pretty good start in my opinion, especially considering that very few sites of any kind are all that popular in their first year (for what it's worth, whatever "popularity" TYT enjoys largely began in months 12 and 14 according to the stats). What exactly were they expecting, Puck Daddy numbers from the word "go?" The whole thing just smells of unreasonable expectations and prematurely throwing in the towel to me.

Of course, maybe they'd still be chugging along if they gave Pennsylvania's two NHL teams, one AHL team, one ECHL team, one OHL team and six NCAA DI men's and women's programs not named the Hershey Bears more than cursory attention. 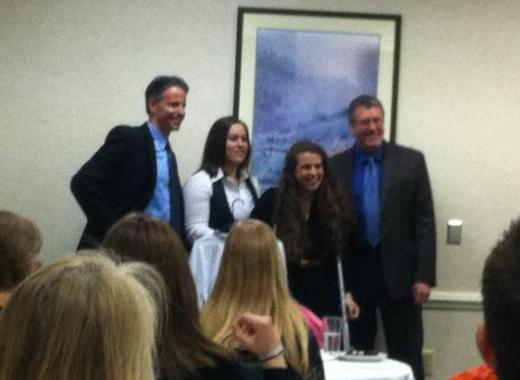 The women's team had their end-of-season banquet on Saturday, and based on the post-event Twitter traffic, a blast was had by all involved. Here's crutch-toting outgoing captain Sara Chroman posing with the coaching staff.

Time To Pare Down The NCAA Hockey Tournament, And Other Necessary Tweaks
(BC Interruption)

Since we're new at this whole "NCAA" thing, consider this sort of a primer on some of the common discussions surrounding the NCAA hockey tournament. Presently, the 16-team field plays down to the Frozen Four through four regional tournaments in mostly-empty neutral-site arenas in locales like Albany and Green Bay. The Frozen Four is sometimes in off-the-wall places that have less than zero college hockey presence (this year, it's in Tampa, FL and "hosted" by Alabama-Huntsville - figure that one out). This Boston College blog proposes slashing the field back to 12 teams and only including major northeastern and midwestern cities in the rotations for the various rounds of the tournament.

At the risk of alienating many of you, I have tremendous respect for the University of Michigan and its hockey program...the tradition, that rink, those fans, Red, the players, all of it. Read this story - originating in the era of six-team, campus-site regionals that draw feelings of nostalgia from BC Interruption - and begin to dread Penn State's trying to go into Ann Arbor and win. 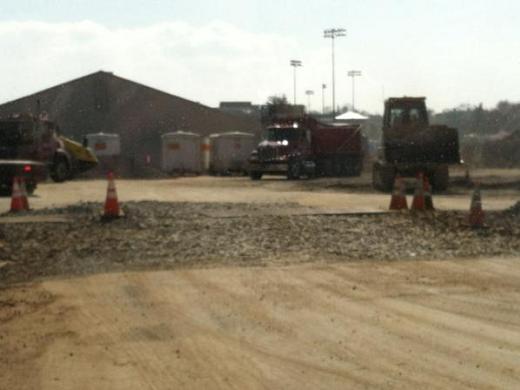 Incoming women's recruit Sarah Wilkie was on campus for an accepted students day last week. And because she's cool, she helped slacker me out by snapping a pic of the PIA site.

Whatever your opinion of its namesake or how he made his money, the name of PSU's arena will not be the worst in college hockey. Good to know.

And finally, a shameless self-plug to close things out this week, since I'm quoted extensively here. Just in case you don't yet know how I feel about the Big Ten.
Posted by Kyle Rossi at 12:02 AM