Since the advent of Mortenson's PIA construction camera in early April, I've decided to step my game up and make sure I add value to tracking the arena progress when doing these posts. So this one's going to be a little beefed up from previous endeavors. As always, every picture below can be enlarged by clicking on it.

For what it's worth, here's the view from that construction camera from roughly the time I was on campus Sunday afternoon: 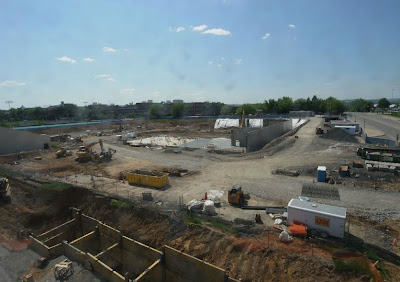 That camera sits on top of Holuba Hall which, for those affiliated with other schools reading this, is the large beigeish/greyish building that looks like it could also be a hockey arena in the background of many of the photos below (it's actually the indoor practice facility for the football team). So, for those lacking in the deductive reasoning department, the construction camera presents a solid reverse angle on most of my pictures.

Unfortunately, most of the possible vantage points of the site are blocked off, sometimes by existing structures (Holuba and the infamous Lasch Building, for example) as well as the ubiquitous blue-clad chain-link fences in that area of campus. The best (really, only) place to get a good view with the naked eye (and not by reaching up and holding your phone over the fence line): the concrete benches near the rear entrance of the Shields Building. These next few pictures came from that view. 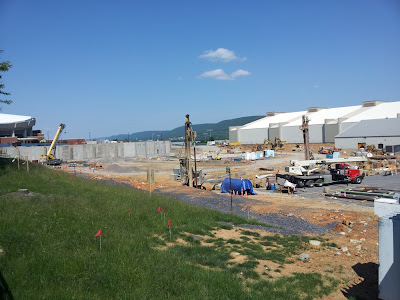 The location of the 300-seat community rink is easy to spot: 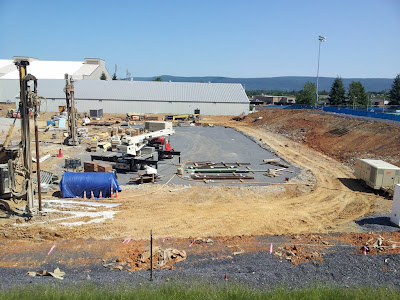 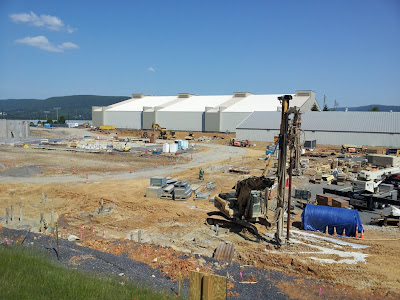 There's going to be some pretty great hockey played right about here: 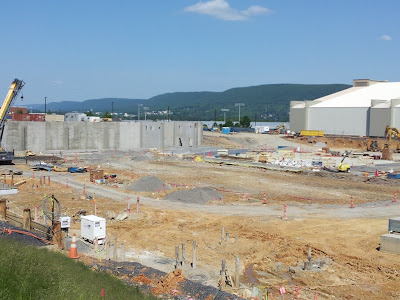 Venturing a little bit further down Curtin Road reveals the main entrance, near the intersection of Curtin and University Drive. 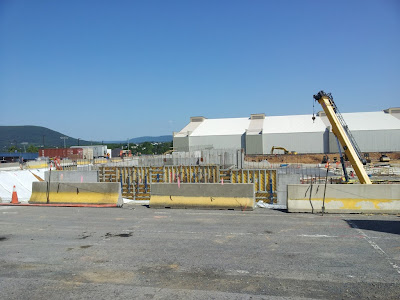 Turning the corner to University and the construction vehicle entrance, the view is less than stellar. But hey, it's the other side of that wall that stands roughly at the front of the arena facing that street. That's the side with all the glass if you're disoriented by now. Let's take a second to acknowledge that there's a wall there, and that it's the best wall in the country. 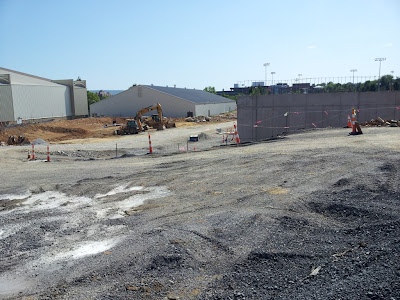 Here's the other side of the construction entrance. By now, we're pretty far removed from most of the activity, but it can be seen in the background. 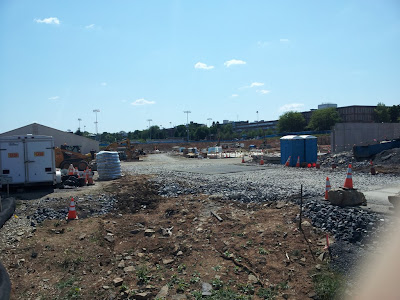 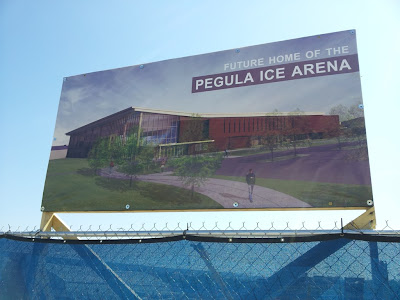