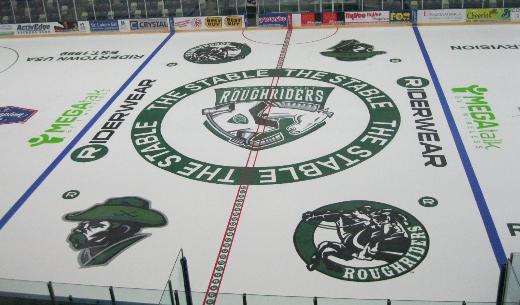 The Cedar Rapids RoughRiders selected 2015 forward commit Alec Marsh in the 15th round of the USHL Entry Draft Tuesday evening. The Bridgewater, NJ native went in the 217th slot, although due to to the league's draft format, he was actually the 112th player off the board.

Marsh is the second Penn State commit to be picked by the USHL this month, as 2014 defenseman Kevin Kerr was tabbed by the Tri-City Storm in the USHL Futures Draft on May 1st. This year, the Entry Draft is open to all players with birth years from 1992 through 1997, while the Futures Draft was reserved for the top 1996 birth years.

With the Tier III Junior B New Jersey Rockets last season, Marsh was half of a dynamic duo with linemate Ryan Hitchcock, a 2014 Yale commit who will join the U.S. National Team Development Program this season. Each cracked the century mark in points over all competitions, although it was Marsh who tied for the Metropolitan Junior Hockey League's scoring lead with 79 points in 35 games. The pair also helped the Rockets to the USA Hockey Tier III national championships this past season.


“He is a natural goal scorer,” said Rockets assistant coach, and strength and conditioning coordinator Tony Samms [of Marsh]. You don’t teach that skill. Combine that with the little bit of edge that he plays with on the ice and an amazing off-ice work ethic, and Alec really has some special moments ahead.”

If he ends up with the Riders - he's stated a desire to play in the USHL in the past - he'll be joining a team that could use some special moments. While Cedar Rapids went 27-21-12 to finish fifth in the USHL Eastern Conference last year, they were swept out of the playoffs by Youngstown in the first round. They're hoping that an 11-player draft class, headed by 16th overall pick Judd Peterson (a Minnesota high school product committed to St. Cloud State for 2013) will help change that.

The USHL, of course, is a major developmental league for college hockey. Twelve members of Penn State's 2012-2013 roster spent time in the league, including junior defenseman Nate Jensen with the RoughRiders in 2008-2009. Of the nine known Penn State commits for 2013 and beyond, three have played full seasons in the league, while three others (Marsh, Kerr and 2011 Storm Entry Draft pick Chase Berger) have been drafted by the league.
Posted by Kyle Rossi at 9:52 PM