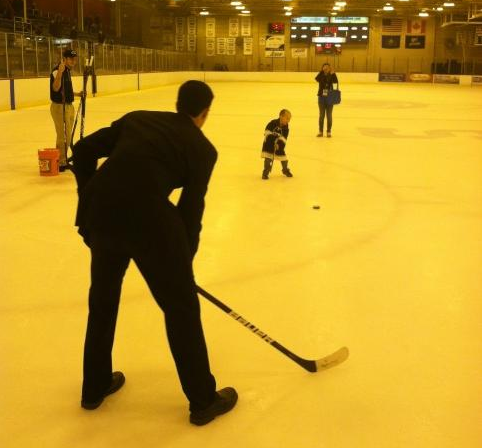 I'm starting to regret my life choices now that I know there are people out there who create explosions for the purpose of setting up an ice arena's foundation. Regardless, blasting began today and will continue for approximately six weeks.

The biggest casualty of my breaking the TYT hard drive after an Ice Lions game on February 11th was the usual commit post on Team Comcast d-man Kevin Kerr. Fortunately, Paul Kelly's someone else's gang picked me up in that department. Kerr, who looks to join the program in 2014, is one of the bigger scores to date for Guy Gadowsky and his staff.

I could have gone a lot of different routes in handing THON first star this week - the fantastic routines of both the men's and women's teams at Saturday night's pep rally, your garden-variety photo of a colorfully packed Bryce Jordan Center or, of course, the eye-popping final count of $10,686,924.83. Sometimes, though, the smaller moments have more impact - like when Icers forward Josh Daley played catch with Colton, the team's THON child. 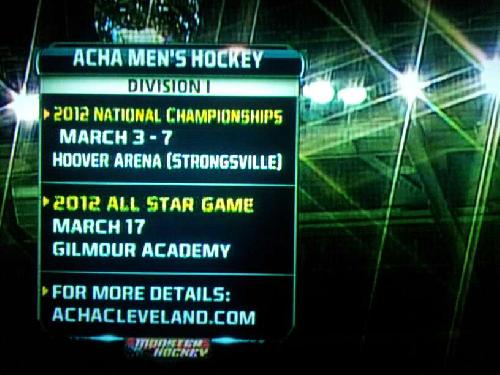 In terms of promotional impact, getting on the local telecast of a Lake Erie Monsters-Rochester Americans AHL game isn't really the pinnacle of...well, anything. Still, it's pretty cool.

Friend of TYT Andrew Dzurita (of Lions 247 fame) has attempted to put together an eligibility matrix for the men's program, including current players and recruits entering in 2012, 2013 and 2014. Spoiler alert: things are getting packed quite tightly, with surely more players to follow.

A well-done article by an outlet with a large readership means some nice publicity. Works for me.

The Lakers held off a strong challenge from Robert Morris and have now stood as the CHA's hegemon for an entire decade. MU will try to match that regular season run with a tenth consecutive tournament title on March 2nd and 3rd at RMU.

Minnesota State-Moorhead is still trying to start a DI hockey program and still doesn't have enough money to do so. A completely meaningless, self-imposed deadline will likely pass at the end of the month, at which time MSUM will either give up or create a new fake deadline. Enthralling, yes?