TYT's Twitter followers got a taste of how the primary men's dressing room at the Pegula Ice Arena will look last Saturday evening, via a photo taken of one of the two large renderings on display at the Penn State hockey alumni banquet. Here's a better look. First up, an overview. As usual, click to enlarge. 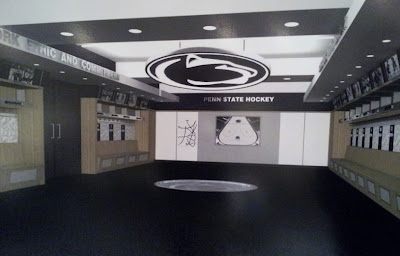 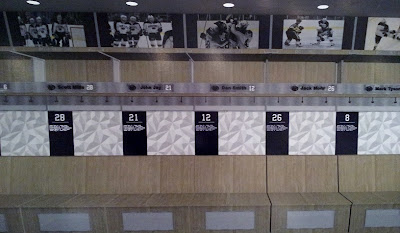 It's hard to see due to this being a mere photograph of a computer-generated image, but on the front edge of the shelves just underneath the pictures across the top, it says "Donor Name" in silver letters. For a cool $12,500 (payable over five years), that can be your name - provided you're a former player or staff member.﻿ 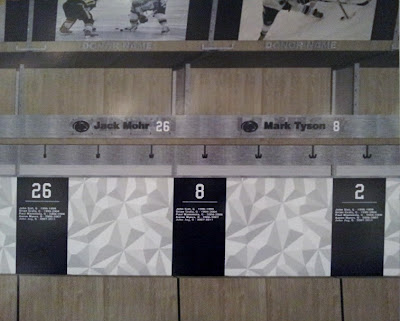 Under each number on the back wall will be a list of each player who has worn that jersey (sweater, if you prefer) in the history of the program. I'm never above flattering myself, so make note of how those names are formatted, as well as the start date (just to help, the first line reads "John Sixt, G - 1996-1999"). Look familiar?﻿ 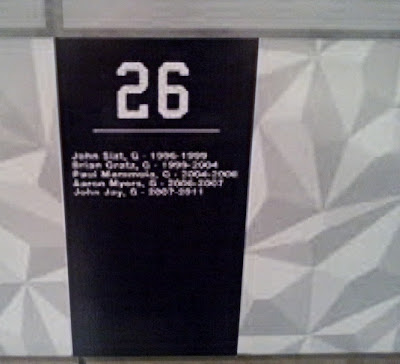