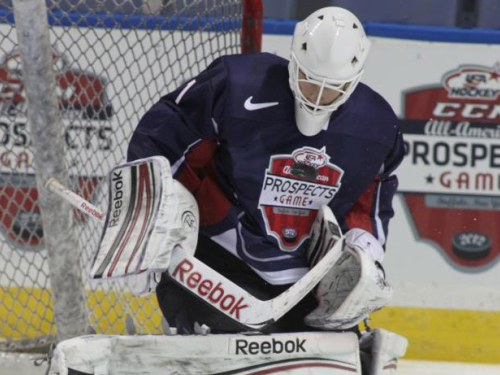 3. The Penn State fans have to step up next year
(PennStateHoops.com)

Although I take issue with some of the things said about hockey within, I found this a worthwhile discussion of what may turn into an interesting and unique dynamic. People who pay more attention to PSU men's hoops than I believe that Pat Chambers' program is close to turning a corner. And of course, we all know what's going on with men's hockey. I don't think it violates #OneTeam bylaws to ask the following questions:
My opinion? It's much too complicated of a question to answer right now. But I do think we'll have some idea of how things are headed by the end of next season.

Onward State checks in with a nice review of the Women's Ice Hockey Club's ACHA tournament run. Jump on the train now, kids - this is your best shot at a national championship next year. With no disrespect at all meant to the Ice Lions, who will certainly contend as well, or to the NCAA programs, who will continue to progress but probably won't be on a national championship level just yet, of course.

As Gudas time as any
(The Hockey News)

When it comes to items related to recruits, it takes a lot to make a Three Stars post in a week where the appropriate gender's Commit Cycle is up. Welcome to "a lot:" 2013 commit Eamon McAdam retained his number five goaltender slot in the ISS draft rankings and also got a shout in The Hockey News' Hot List.

June's NHL Entry Draft is in New Jersey. The next great TYT roadie? Quite possibly. 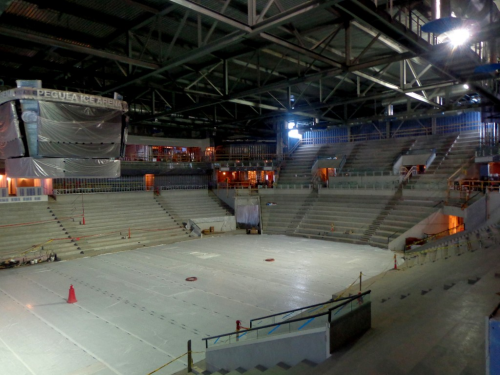 An Inside Look at the Pegula Ice Arena
(Onward State)

Between the second star and this, it wasn't exactly a close race for the unofficial TYT website of the week award.

ASU Hockey Year in Review: The Game of the Year
(House of Sparky)

I'm sure you don't need me to reveal the identity of the game declared Arizona State's "Game of the Year." Now that it's all over, I'm okay with it, to be honest. We'll move on to bigger things, they have their story for the grandkids. The Icers beating then-new NCAA program Robert Morris in 2005 didn't screw up the Colonials' development and gave PSU a great moment for a time when we didn't think we'd ever have NCAA hockey. No harm either way.

I feel like you could swap out "OSU Ice Rink" for "Greenberg Ice Pavilion" in a lot of places here. Regardless, an outstanding look at possibly the last time the Buckeye men will be forced out of their large, multi-purpose arena and into a tiny and dated, but gloriously intimate, rink (OSU's women will continue to use the facility as their regular home).

There's always room for IcersGuy (and apparently, all SB Nation blogs) in this post. Here, he runs down the end of the season for the NCAA women and both ACHA teams.

Speaking of season closures... Mercyhurst advanced to the Women's Frozen Four by beating No. 2 Cornell. They'll now play Boston University (PSU assistant Gina Kearns' alma mater - guessing she's going to drop conference loyalty for a couple hours there) in the semifinals on Friday in Minneapolis. The winner will battle the winner of the other semifinal, between Boston College and Minnesota, in Sunday's NCAA championship game.

On the men's side, PSU opponents Ohio State, Wisconsin, Union and Connecticut are still alive in their respective conference tournaments, which play their semifinals and finals (or Final Five, in the case of the WCHA and the Badgers) this weekend, ahead of the NCAA tournament selection show Sunday evening. Those four schools are the only opponents remaining with any chance of making NCAAs - OSU and UConn would have to win their conference tournaments to qualify, while Wisconsin and Union stand at least a chance of an at-large bid, depending on how things shake out with the always-fluid PairWise Rankings.

Someday, I'd love to hear the full story of what happened with UConn women's hockey. Here's what I do know: Heather Linstad, the only coach in program history, was generally successful since starting at the school in 2000. Then, rather suddenly, things veered downhill a couple years ago. Twenty-one wins in 2009-2010 became 13, then four, then just three this past season. Simultaneous to that slide, the Huskies were gutted by transfers, including Nicole Paniccia, Taylor Gross and Jenna Welch to Penn State of course, as well as Jocelyn Slattery, now of Lindenwood. Last week, Linstad resigned. I'm not sure I've ever seen a program take such a complete header in such a short period of time.

Regarding a possible name for the Big Ten championship trophy... 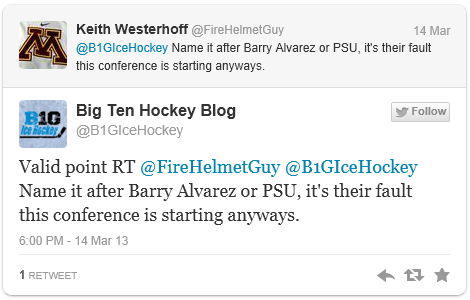 Admittedly, I did not support the idea of Big Ten hockey initially. But the more it angers Minnesota and Wisconsin fans, the more I'm coming around on it.
Posted by Kyle Rossi at 6:43 PM