In 2003-2004, and following highly-decorated careers at Penn State, goalie Scott Graham and defenseman Josh Mandel played for the Huntsville Channel Cats of the SEHL. The pair are, of course, Icers legends and also members of the only class in team history to win the Murdoch Cup in every season of their college careers.

The Cats, who played in the Von Braun Center - also the home of upcoming PSU opponent Alabama-Huntsville - enjoyed a hugely successful season with a 43-13-2 regular season record and the President's Cup playoff championship of the four-team circuit. Graham was 10-1-1 with a 2.98 goals against average as the team's primary backup goalie. Mandel played in 37 games, registering a goal and 13 assists.

Unfortunately, the pro careers of the two Penn Staters, the Channel Cats and the SEHL all died following that season amidst the perpetual reshuffling of low-level minor league hockey in the southeast U.S. in those years.

A brief history: the Atlantic Coast Hockey League played only one season, 2002-2003, then split into two competing leagues, the SEHL and WHA2, for 2003-2004. After that season a new league, the SPHL, formed and absorbed teams from the going-defunct SEHL and WHA2. The SPHL, however, accepted a competing bid for the Huntsville market over the Channel Cats, bringing an end to the franchise that had played since 1995 in several different leagues. The SPHL and that competing bid, the Huntsville Havoc, are still around today (an eternity in low minor league hockey terms), so I suppose things worked out for the best.

Anyway, from the Tim Hanselman collection, here are some photos of Graham and Mandel in action for the Channel Cats. Apologies for the quality in some cases. These were internet printouts, mostly stretched beyond their resolution, and jammed into an envelope buried in Selinsgrove, PA for eight years before I got my hands on them and dropped them in a scanner.

First, Graham. Most of these can be enlarged by clicking on them. 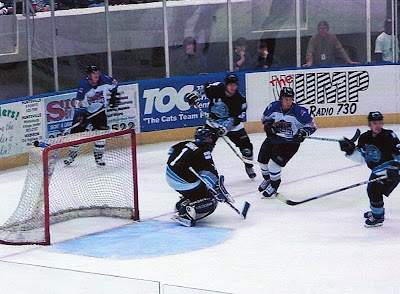 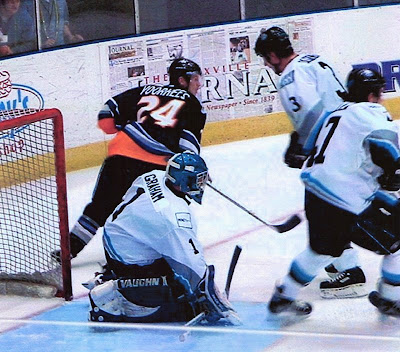 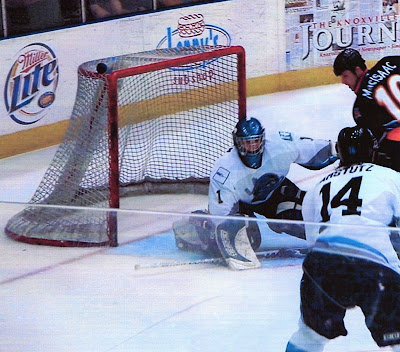 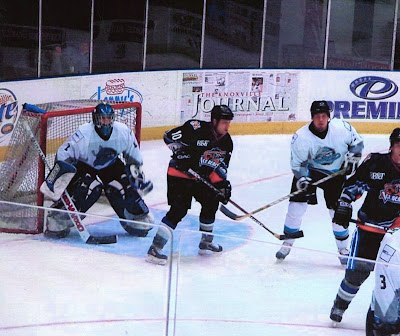 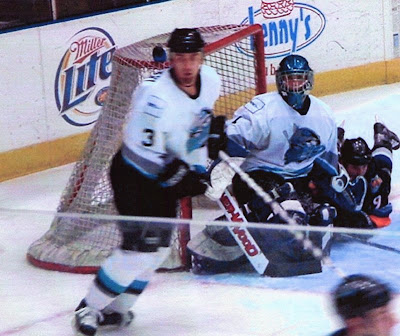 Now, Mandel. These are of much lower quality than the Graham pictures and can be enlarged a little, but not nearly as much. 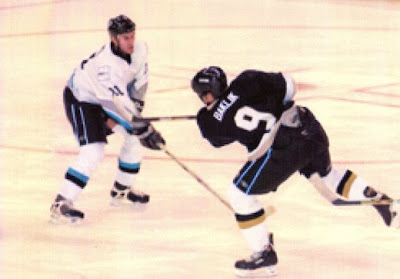 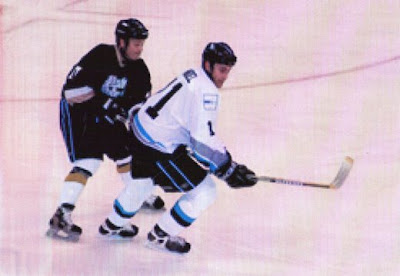 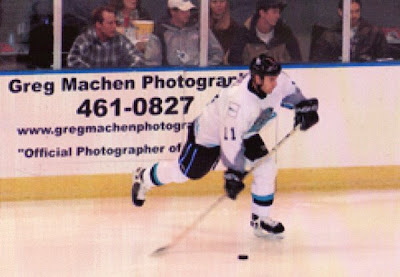 Email ThisBlogThis!Share to TwitterShare to FacebookShare to Pinterest
Labels: Breakout Past, History, Tim