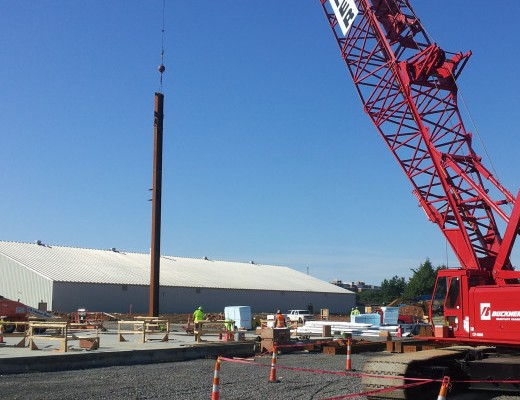 Cooper, a Fargo Force d-man who is going to Nebraska-Omaha in the fall, beat out 2013 G Eamon McAdam for the award. Still:

Sarah Wilkie was sick of hearing me gush about the academic cred of Jeanette Bateman, Kendra Rasmussen and Emily Laurenzi, so she went out and won this at her school's commencement:


The L. G. Treadway Citizenship Prize, established by Richard Treadway, Class of 1932, in honor of his father, is awarded to a senior who has been at the school for at least two years, has maintained a strong scholastic standing, and has given promise of future achievement. The chief qualities to be considered are personal integrity and contributions made to the best citizenship of the school.

Keeping track of arena construction just got a lot more fun. How much more fun? The picture at the top of the post was taken last Wednesday and chosen for the symbolism of it being the first piece up. Here's what it looked like by Sunday: 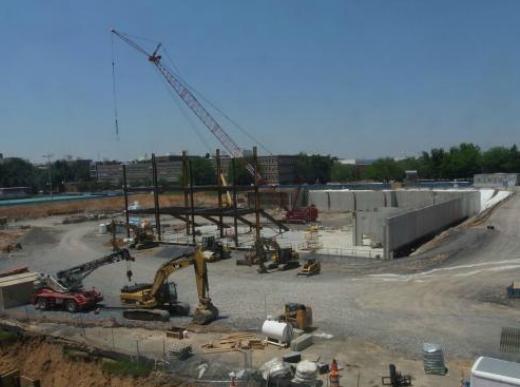 Basically, I'm starting to regret my decision to frame my masthead around pictures of the arena site. Hello unplanned trip to PSU on Friday.

Following a rather anticlimactic women's schedule release, SftS tossed out some thoughtful analysis and did some digging re: the coming "DI" jerseys.


Also worth noting is that there is no date for the program’s jerseys to be unveiled, according to Matt Caracappa, Penn State’s athletic director, athletic communications.

Overall the school has done a good job of getting word out about the D-I transition. Still, it’s curious that nothing is in the works for unveiling the jerseys.

Related to the women's schedule, PennStateWomensHockey.com discovered that women's games will be free of charge this season. So get out there in large enough numbers to make them want to charge for 2013.

The 23rd annual Icer Open (I guess it's still called that - cool) is coming up on August 19th. I'm assuming that you're not all poor and dusty like me.


Former Vermont forward Justin Milo is suing the university, claiming that after he was cut from the team in 2010, the decision deprived him of his scholarship, his reputation and a promising career.

As much as I want to chirp future opponent Vermont over this one, I can't. Instead, I'll put this out there: a goal-scoring forward who was 127th in the ECHL in goal scoring last season probably wasn't destined for the Hall of Fame but for UVM's cutting him. Athletic scholarships are renewable on a year-to-year basis at the school's discretion. And Milo, despite being reasonably productive most of the time, has played for a) three USHL teams in two years, b) two NCAA teams in four years (counting his year in residence after transferring from Cornell) and c) three ECHL teams in two years. Doesn't strike me as the type of guy who had a fantastic reputation to begin with, or that teams desperately want to keep around, for whatever reason. 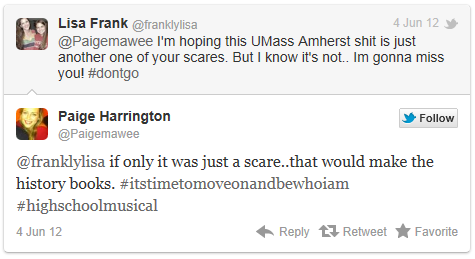 Those left off of the women's (and men's) NCAA rosters have some tough decisions to make. It sounds like Paige Harrington, a freshman on defense for the Lady Icers last year, has made hers in favor of a school roughly two hours from her hometown of Mansfield, MA.

Notably, Harrington's goal to finish an end-to-end rush gave PSU a 3-0 lead on senior day against Vermont, and held up as the winner in the ECWHL-clinching victory. In all, she played in 21 games and registered two assists to go with that goal.

So wait, is there something wrong with having text alerts on the Twitter accounts of PSU hockey newsmakers and Google Alerts on just about every possible search having to do with PSU hockey?

College Hockey America: Two steps forward, one step back
(She Shoots, She Scores)

A nice look at the CHA's revolving-door membership, although it's a little heavy on lamentations over Wayne State and Niagara, as opposed to optimism for the future of a league that, in terms of the programs it contains, has never been stronger. The conference now has five fully-committed members that I can say aren't going anywhere with a reasonable degree of confidence (I'm not entirely sure on Syracuse).

Also, Lindenwood came from the ACHA, not Division III. Yeah, I'm always going to point that error out.

Speaking of the CHA - pat yourself on the back if you picked that one up - we're in the heart meeting season. And that, of course, means Alabama-Huntsville is trying to get into a conference just as they are more or less every other season as well. The latest last, best hope: the WCHA, which apparently is set to give UAH some consideration...

...then again, maybe not. High drama. 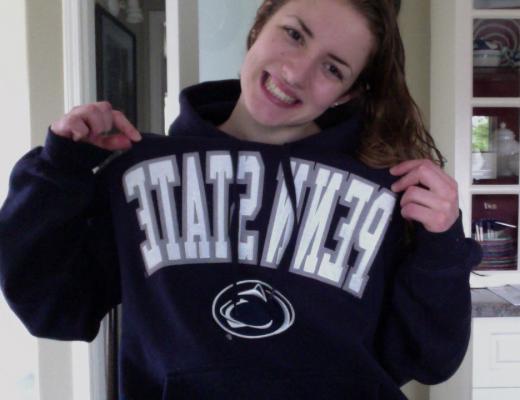