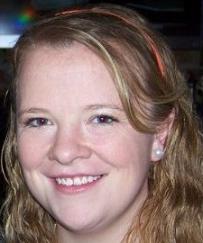 Former Kingswood Oxford School head coach Casey McCullion has been hired as an assistant for the women's team.

The Philadelphia native is certainly not a stranger to head coach Josh Brandwene, as the two were together at the West Hartford, CT prep school from 2008-2011. McCullion was Brandwene's assistant/goaltending coach with the girls hockey team for two seasons, then slid into the head coach position in 2010-2011 when Brandwene moved over to the boys' side.


"I am incredibly excited to be working with Casey again. She is an outstanding goaltending coach and a terrific assistant coach," said Brandwene. "The value she places on education and her experience as a teacher, advisor and mentor to young student-athletes will be a tremendous asset to our program at Penn State."

KO is a Division II prep school that plays a tough schedule, including more than its share of DI teams and featured three players not yet of high school age during McCullion's season in charge, so a 4-14-1 record is understandable under those circumstances. Penn Staters Sarah Wilkie (Williston-Northampton), Jess Desorcie and Taylor McGee (Taft) all opposed the Wyverns - great nickname - in 2010-2011. In fact, Desorcie and McGee both scored in the Taft's 3-2 overtime win, with Desorcie tallying the winner.
When former associate coach Mo Stroemel was reassigned last month, the job posting for his replacement made it clear that "high-level goaltending coaching and instruction" and "collegiate goaltending playing experience" would be required. McCullion offers that in spades.

She was a four-year starter at Holy Cross (a Division III program in women's hockey) from 2003-2007, helping the Crusaders to top three finishes in the ECAC Open tournament in each of her final three years. McCullion boasts a career 2.98 goals against average and a 0.893 save percentage, and both marks are among the top five in program history. Her 34 wins (third) and 2023 saves (second) are as well. Additionally, she was a three-time ECAC East All-Academic selection and graduated with a psychology degree.

McCullion also has quite an extensive background in education, especially for someone her age. She was a teaching fellow in mathematics at Deerfield Academy right out of college in addition to coaching duties, then taught math during her time at KO (where she coached field hockey and girls lacrosse in addition to ice hockey). She recently completed her master's in elementary education at the University of Pennsylvania, which included a student-teaching stint at Penn Alexander School in Philadelphia.
Posted by Kyle Rossi at 12:43 PM