Throughout the day Monday, Ice Pavilion staffers Vince Chandler and Jessica Plonsky tweeted pictures of the ice installation process for the final season of hockey at the old rink and the historic first season of NCAA hockey at any Penn State rink. The Icers' Facebook page collected most of them into an album, but because there's some venue news along with it, I'll share both that and some favorite photos for illustration.

In this first one, meant to show the measurement of a faceoff circle, some of the cosmetic additions for the coming season are visible on the wall behind the stands. 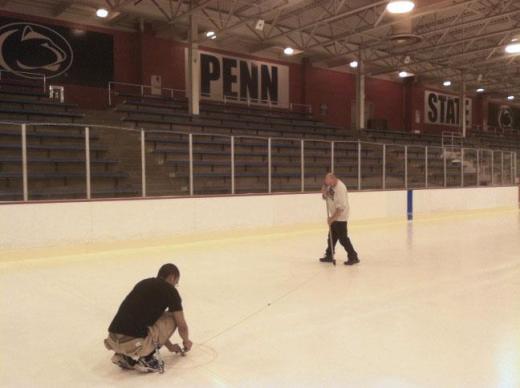 Chandler tweeted this next picture with the caption "view from behind what is now Penn State's defensive zone." 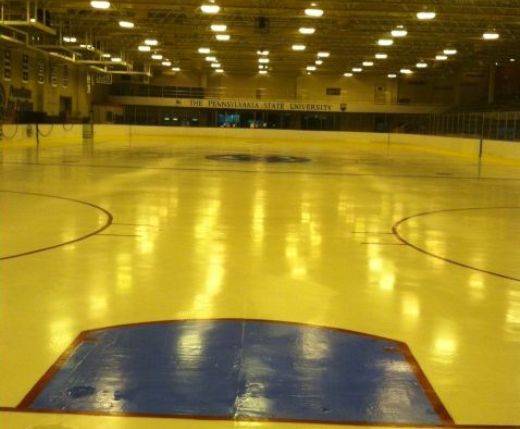 Quoi? "Defensive zone?" When looking towards the lobby? Yep. Accoding to a later tweet, "the plan is to have the student section greet people as they enter the stands." So Section E is now Section A, sort of . Also, this puts the Icers Nittany Lions on the bench with the hideous hockey player/figure skater artwork behind, instead of on the one with "Penn State Ice Pavilion" in the tennis ball letters. That's going to take some getting used to, what with it being the opposite of how it's been since forever. 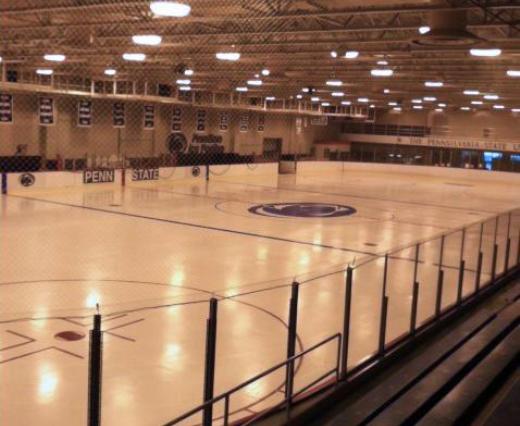 Above is an overview of the surface with markings completed. The more detail-obsessed among you may notice that the Gretzky's Office "Penn State" and the blueline "S" of recent seasons are now gone (the former has actually been gone for a couple years after some quick research...huh). Here's what those looked like, in case you forgot. 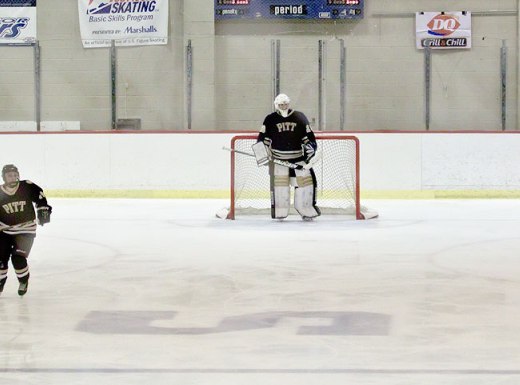 I'm guessing that the S's demise has something to do with the university's current branding, as that particular logo isn't being used - from what I can tell, anyway - at the present time. Finally, because it looks certifiably filthy without the ice on top, here's a better view of center ice. 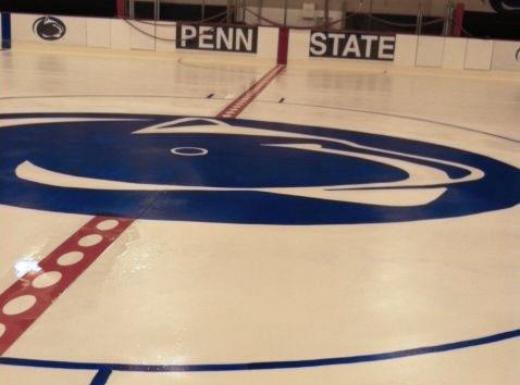