This mini-installment of PIA Construction is brought to you by Ben Jones, the Penn State blogger who straight up grinded out a name for himself amidst a horrible situation and went legit. Not that he needs my plug (10,777 Twitter followers...seriously guy?), but be sure to catch his stuff on StateCollege.com. His work here is a major assist, since I wasn't planning on visiting State College again until July 20th (just in case you're dying to know when the next of these will drop).

Here's the image from Mortenson's web cam as of Wednesday afternoon: 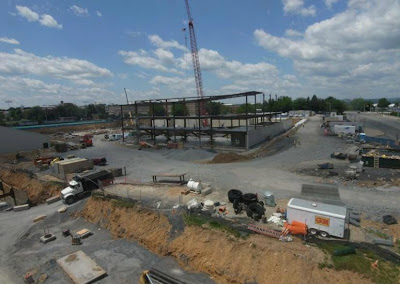 Jones' work adds what have been the three go-to views of the site, at least for the time being.

Just so I can say I contributed something to the post, I slid renderings with the finished product in below the photos. They're generally slightly different angles, but use your imagination - that's what these posts are all about anyway. As always with this series, all pictures are clickable to enlarge. 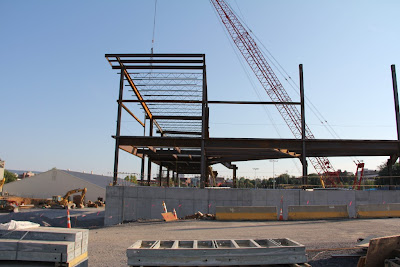 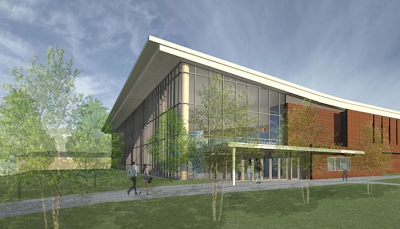 The "overview" from behind the Shields Building shows that the steel work has now expanded to include most of the end opposite where the student section will be: 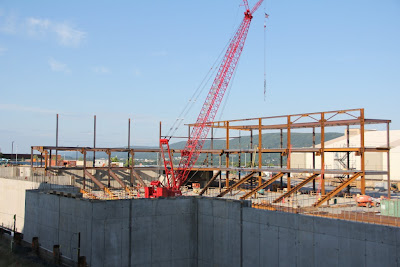 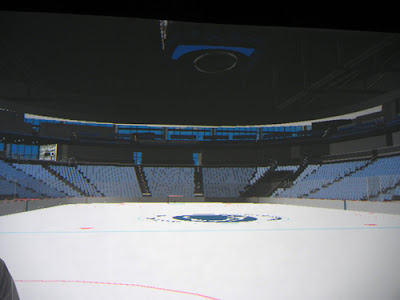 Finally, the "exterior," from near the main construction entrance off of University Ave.: 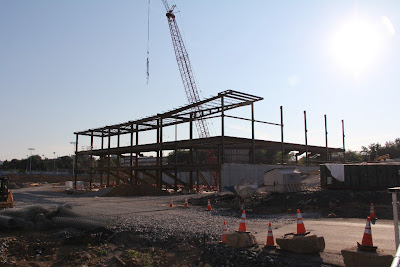