As always, clicking any of these photos brings up a gallery where they appear larger.

I decided to approach this entry the same way I did the last one - by taking a lap around the site starting at the University Drive-Curtin Road intersection and snapping a picture wherever it looked good.

It's kind of nice that there's something visible off of University, now that steel has gone up. 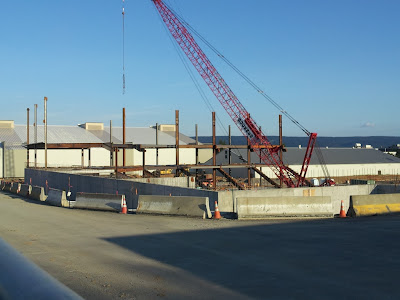 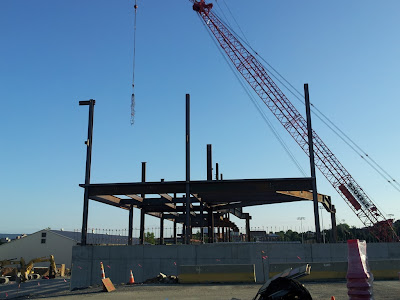 Out of nowhere, I was approached by a guy important enough to drive a car around a construction site. The conversation went something like this*:

Him: Where are you going?
Me: Somewhere I can look without being bothered.
Him: How did you get in here?
Me: I'm a ninja spy. I could break into Cheyenne Mountain if I felt like it. I don't feel like it today and instead decided to walk through your open gate.
Him: You're just looking around?
Me: No, I forgot to mention - I'm a ninja spy terrorist. This place will be rubble by the end of next week.

Actually, I'm remebering the sequence of events wrong. That conversation happened after this: 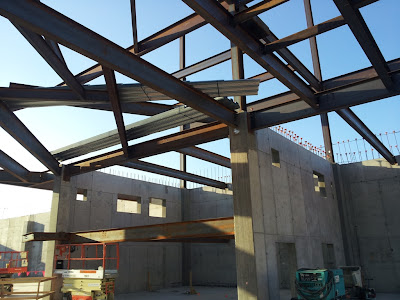 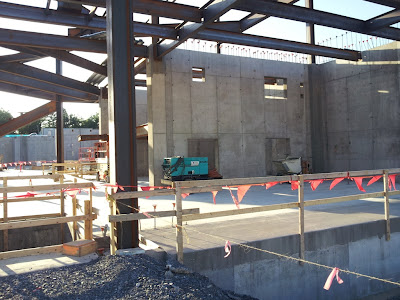 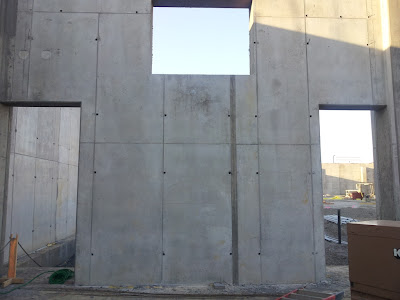 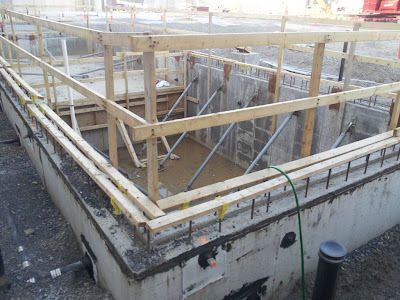 Here's a view of the ice from the second row in the corner. I climbed up on the steel to take it. Don't tell anybody. 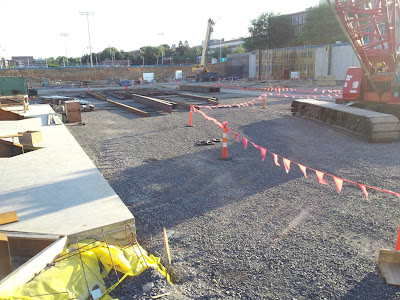 Hey, the community rink is important too...just not yet, I guess. 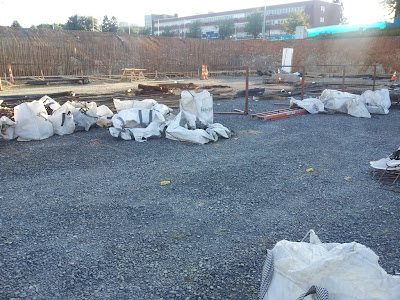 I tried to approximate the view from the student section with this next one. The steel up so far is on the opposite end (obviously), and turning the corner to the side that will have the penalty boxes. 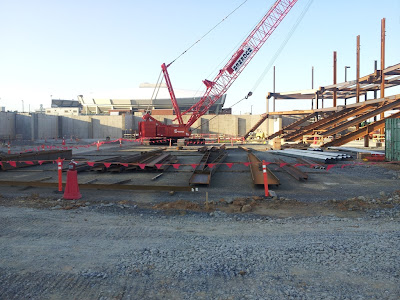 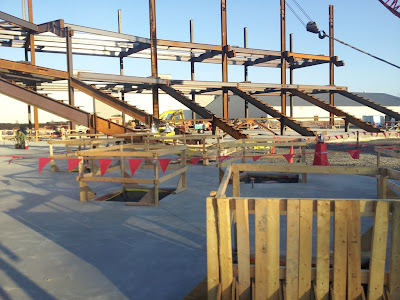 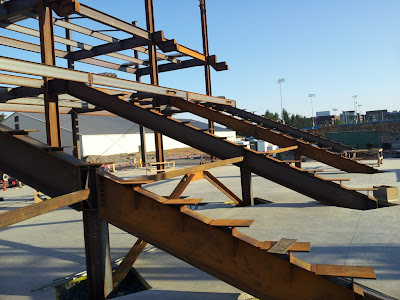 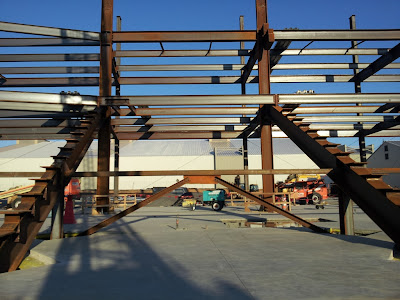 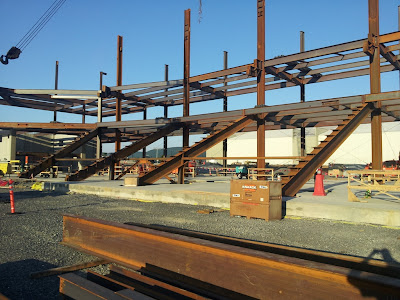 Since I can't really count on those types of pictures every time, I went back out and got a baseline reading from the concrete bench behind the Shields Building and from near where the main entrance will be. 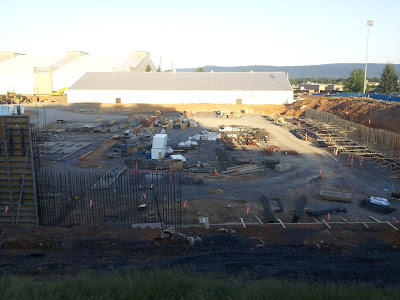 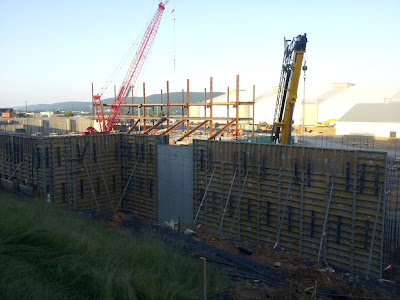 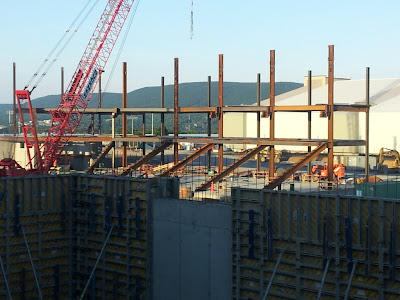 I have no idea what this is, but it's brickwork just to the right of the main entrance and it looks legit. 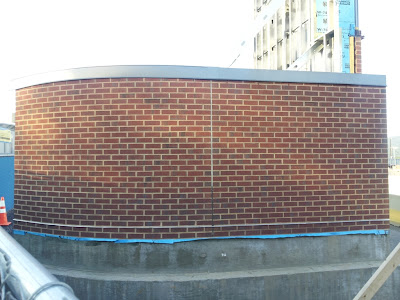 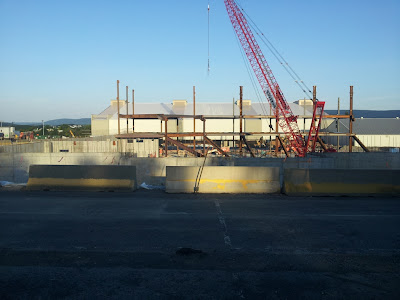