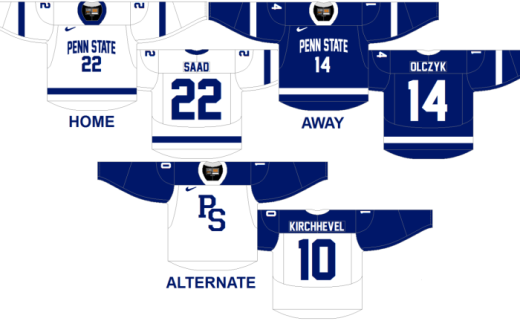 2013 G Eamon McAdam's team will represent the U.S. in the second-ever Junior World Cup August 18-26 in Omsk, Russia. The tournament, won by Krasnaya Armiya of Moscow last year, features teams from ten countries split into two groups, with the top two following an intra-group round robin advancing to the semifinals. Canada, incidentally, will be represented at the World Cup by the OHL's Sudbury Wolves. Unfortunately, they're not in Waterloo's pool, meaning that somewhere, USHL commissioner Skip Prince is considering human sacrifice to get both teams to the semifinals.

On a more serious note, it should be a nice opportunity to get an early look at McAdam (who is the most experienced returning goalie for the Black Hawks) against top-shelf competition.

Women's captain Taylor Gross gets some nice run from veteran college hockey scribe Joe Paisley. And she sounds ready to run show on the CHA.


“Even if I was not captain, I would still need to be a leader because of my Division I experience on a team with a lot of freshmen,” [Gross] said. “But, I think we will surprise some people. We will be better than most people will expect.”

1. The Jersey Thread
(Pride of Pegula)

If you think about it, the revealing of Penn State's NCAA jerseys is really the only big thing left unannounced to this point, so why not hit the boards and engage in some pointless and ultimately futile (but fun) speculation about it?

The picture leading this post is the official TYT endorsement for the jersey design. For the home and away, I kept the lettering and numbering basic (because we are Penn State) and the striping single to mirror PSU's iconic football helmets, which hockey borrows as well. I didn't include the chipmunk anywhere, because I concluded that "PENN STATE" lettering has been more significant as an element of historic PSU hockey jerseys and adding a chipmunk would clutter things. That said, I would be open to using it as a shoulder patch or even in place of the front numbers, similar to the current jerseys. Or, you could even remove the last names and place a small chipmunk in that space, which would be pretty solid. Anyway the alternates, of course, are a nod to the jerseys of the first varsity team in 1940-1941: 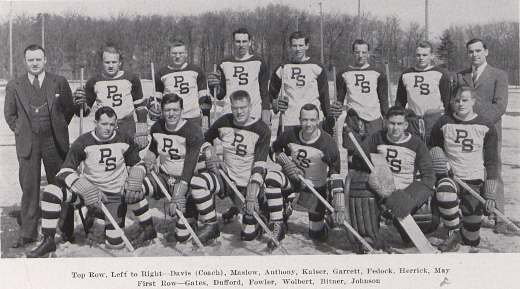 Special thanks to PoP proprietor Aaron Griffin, who really deserves credit for the idea on the alternates, by the way.

If you want a better look, click here (after allowing me to remind you that I'm some random guy in Ohio with zero influence on the jersey design process). If you think you can do better, well that's what the thread is for. 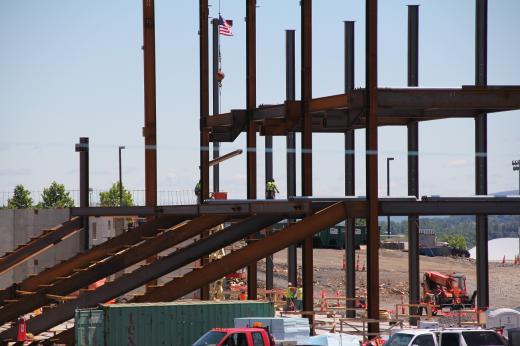 Friend of TYT Ben Jones took some time off from covering the Jerry Sandusky trial to snap some PIA site pictures. He stole my thunder on that a little, but I'm not at all mad - I avoid Sandusky coverage as much as I possibly can (unfortunately - in this case - staying on top of PSU hockey news means I have to keep up with "general" PSU news outlets, so...), I can only imagine what it's like, for someone who cares at all about Penn State, to have to take a front-row seat to it as a job requirement. Taking a break to give some time to a positive story, yeah, I get that.

Anyway, they're from last Wednesday. And looking quite good.

Lions, and Dutchmen, and Bears! Oh my!
(Stack the Pads)

Be on the lookout for some great PSU coverage from StP, with special attention given to the goaltenders. I think it's axiomatic in the hockey world that non-goalies don't truly get goalies, so I'm looking forward to the insight.

I mentioned this in a Three Stars a couple weeks ago, but since the hosts actually sent me the press release, I'll give them one more go. I have no idea how they even know of TYT, but I'm honored to be considered that legitimate. Here's the canned quote on Gadowsky:


"Guy Gadowsky is one of the top amateur coaches in North America. He built both the University of Alaska Fairbanks and Princeton University Mens’ programs into National contenders; however, it’s his track record of developing his players on the ice and in the classroom which sets him apart." said Aaron Wilbur, managing director of the Coaches Site. "His contributions to grass roots hockey are immeasurable and we are excited to have him represent the NCAA and Penn State University."

Correction: Tim Curley, Gary Schultz and Graham Spanier allegedly (for the time being, that word still needs to be in there) tried to cover this up to protect there [sic] 51 million dollar a year profitable football program. I've never done 28 tons of blow over a decade and a half, but not surprisingly, it apparently affects your cognitive abilities.

I try to stay out of the whole thing as much as possible unless it touches the hockey program in some way (AD changes, Terry Pegula reaffirming his donation, etc.) and like I just mentioned, I don't envy those who don't have a choice in the matter. But a hockey hall of famer guy who could have been a hockey hall of famer, had he not trashed his career, tweeting about it is noteworthy, I guess.

Included for the fact that an Ohio State guy semi-admits to his program's weakness. There's something that doesn't happen very often. Well, it doesn't in football, but maybe it does it hockey. Going to have to play the "I'm still new here" card on that.


The format [for the Pittsburgh College Hockey Invitational] has not been decided but if it’s one where the winners advance to the title game then Robert Morris would likely select OSU for its first game based on Miami’s better record the past few seasons.

It’s unlikely the Buckeyes and Miami would want to face each other in a nonconference game unless some hardware was at stake.

So...RMU wouldn't pick Miami because OSU sucks more. They wouldn't pick PSU - which, it has to be said, sucks more than everyone as a new program until otherwise proven - because OSU would throw a hissyfit about playing Miami in a non-conference game. Hey, here's an idea: pick Miami anyway and give us PSU-OSU, RMU-Miami. Because pairwise credit is fun and everyone gets two games regardless. And because it's the best draw of any of the arrangements. And because RMU plays both PSU and OSU in December.


NCHC believes its on target with tournament site
(Omaha World-Herald)

Since the NCHC hitting the Target Center in Minneapolis for their tournament (opposite the Big Ten in St. Paul) is old news now, I searched for, and found, an article with something more interesting than the typical write-up.


"I’m sure the Target Center is willing to go head-to-head with the Big Ten, based on the teams," [Nebraska-Omaha coach Dean] Blais said. "Obviously if Minnesota is playing (in St. Paul), they’ll sell it out. But if fans can’t get tickets to that, or — nothing against Penn State or Michigan or Michigan State or the Big Ten — if those teams are playing, I think they’ll want to see our tournament."

Two can play at that game, Deano. If North Dakota's out of the NCHC tournament, you're left with a choice of: a) two branch campuses, b) two MAC schools (and I love the MAC as a current student at a member school), c) two schools 900+ miles away and d) St. Cloud State in e) a facility that's almost universally seen as second-rate for hockey compared to the Big Ten's Xcel Energy Center. So good luck with that. The Big Ten, without Minnesota, still offers three all-time top ten men's hockey programs and five schools with universal brand recognition. And (including Minnesota again) the main campuses of two NCHC schools, although Nebraska doesn't sponsor hockey yet.

Actually, it is worth pointing out that the Big Ten's entire tournament will be played in St. Paul (or Detroit, in alternating years). In other words, Minnesota will have at least one game at the Xcel Energy Center every single year the tournament is there. North Dakota, on the other hand, will have to get through a best-of-three campus site first round to make it to Minny. They probably will most of the time, but hey, no guarantees when you've recruited the eight best hockey programs in the country into one conference.

Quick break while I finish laughing from typing that last sentence...

I'm. So. Pumped. And no, it has nothing to do with my opinion of Native American mascots, the NCAA's rule on them or the larger social and political issues involved. I just hate North Dakota, so things that make them sad make me happy, simple as that. All of that said, this is The Story That Will Never Die (TM), so I'm not throwing the party until what's apparently a minority of the state's residents are unsuccessful in their next avenue of appeal, an attempt at a constitutional amendment.

Lebanon Valley College is taking on the defending ACHA national champs at Hersheypark Stadium on January 22nd, following an AHL outdoor game between Hershey and Wilkes-Barre/Scranton on the 20th. If LVC gets their team up to standard, it should be a great event.
Posted by Kyle Rossi at 12:30 AM