So, funny story. Apparently word got back to Mortenson Construction that I trespassed on their site for the June 15th and July 20th versions of this post. As a result, word got back to me that they would press charges if I did it again.

I'm going to spare you the tearful apology because, to be honest, I'm not really sorry. I understand the issues from their point of view (mostly related to insurance and liability, I'm sure), and I don't really blame them for protecting themselves, but I'm a harmless blogger who just wanted a closer look. I'm not going to sue if I hurt myself doing something stupid, and I certainly didn't disrupt anything, nor did I keep any souvenirs. In short, I got some great pictures to share with all of you and didn't harm myself or anyone else in any way.

Maybe they should invite media to come on to the site once in a while. Just a thought. I really do hope that they do so after the thing is enclosed a couple months from now and this series therefore becomes kind of useless without the ability to get inside.

Would I risk trespassing again? I don't know. It would be awfully easy for me to say no, absolutely not right now, but ask me again after I've stood in front of an open gate with nobody around. The two times I did it were crimes of opportunity, not premeditation. There was no opportunity this time around, as this mid-day lap around the perimeter following Tuesday's jersey unveiling saw plenty of activity on and around the arena's skeleton.

Here is the webcam from the time of the visit (also, as usual, click any photo in this post for the gallery view with larger versions of everything): 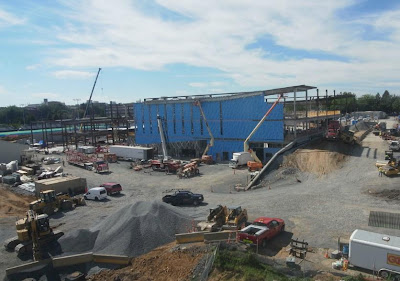 We're pretty close to getting some of the brick exterior in place, from the look of things.

First up among my photos is the main entrance, which is quickly becoming my favorite view. It's probably the closest one can (legally) get, so combine that with the obvious significance of this particular part of the structure, and there you go. 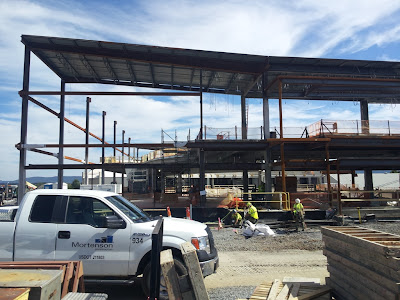 If anyone has any clue what this next thing is, feel free to let me know. It's maybe 15 feet removed from the rest of the arena - according to the PIA renderings, the main entrance will have a vestibule that projects outward from the arena, so it's possibly related to that, but how? 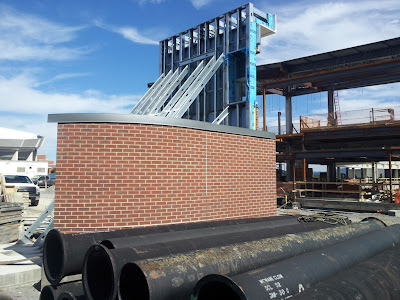 Continuing down that side, it's still possible to see all the way through to what will be the windows on the opposite side. 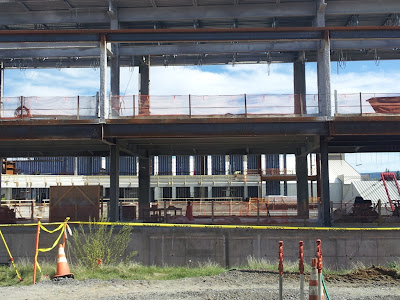 Work on the community rink is finally catching up with the main arena, as you can see in these next two photos.﻿ 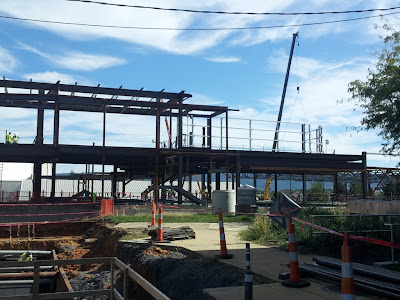 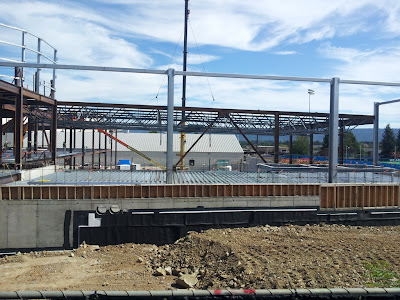 Looking back towards the main arena shows that the seating bowl has taken shape quite rapidly. In fact, about half of the seating sections are now in place. 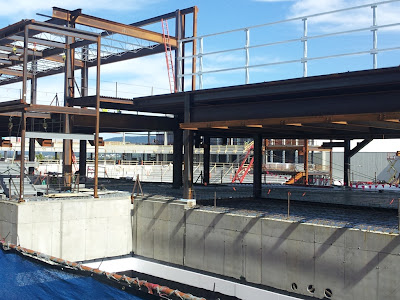 Going back by the tennis courts offers maybe the best wide-angle look, although the growing jungle of steel, particularly from the community rink, is quickly obscuring the view. 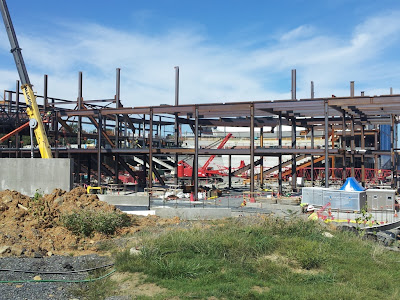 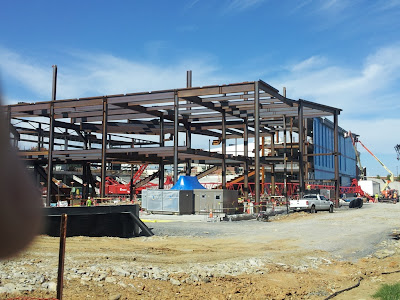 Of course, the construction entrance off of University Drive is also a good opportunity to get a look without the fence in the way. 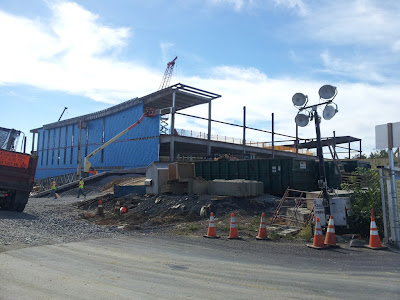 And two final shots to complete the loop: 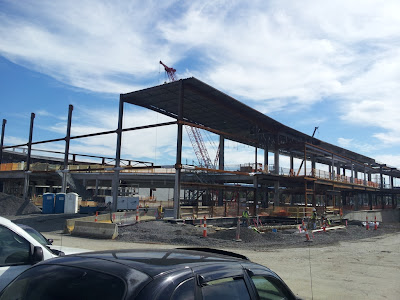 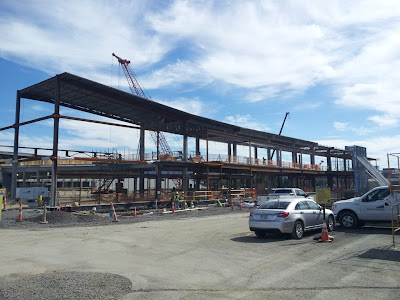 So what's next? Amazingly, if the project keeps close to schedule, it will be drastically further along even by October 12th, the date of the first NCAA home game in Penn State history (and probably the next time I'll do this). We're talking some of the exterior, a finally-closed arena bowl, and substantial progress on getting the whole thing under cover for the winter. Can't wait to see it!
Posted by Kyle Rossi at 1:41 AM