As usual, we start with the webcam's view from the time of my visit. Also as usual, click on any of the photos to view a full-size version. 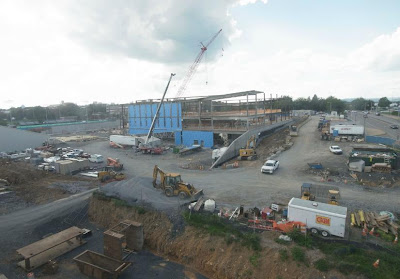 Unfortunately, I was unable to sneak on to the site this time around, as people were working on the site - a reality that I may not be able to avoid from this point forward as the construction team attempts to keep a tight schedule. To be sure, I'll keep trying, but no promises. Hey, if nothing else, at least we had the June and July editions.

As a result, I went to Plan B (which was really Plan A at the beginning anyway): walk the perimeter of the site looking for good views. These first few are from the benches behind the Shields Building, which has been one of the go-to spots throughout the process. As you can see in this first one, the community rink is finally receiving some attention. 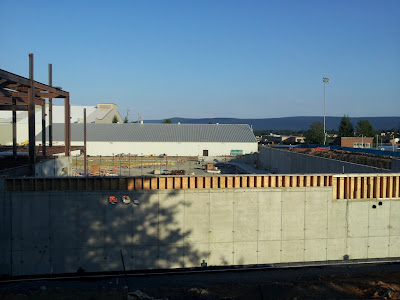 Over in the main arena, peering through the concourse level on that side provides a glimpse of the seating bowl installation. 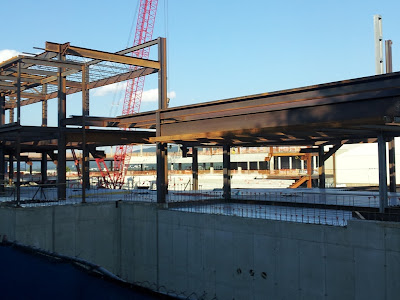 Here's a zoomed-in view of that. The smaller section on top will be the exterior seating for the suites. You know, for the times the high rollers actually feel like watching the game. 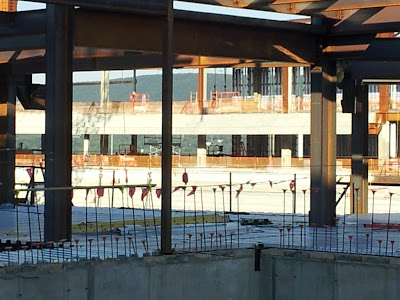 An overview of the look from behind Shields: 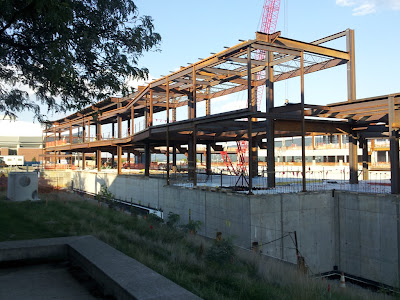 From there, I moved to the field hockey complex and proceeded to the sideline closest to the PIA (hey, at least one open gate worked in my favor). There was an aluminum stand present - I assume for scorekeepers and/or the public address guy - and this next group is taken from it. They essentially look through the community rink and the student section to the other side. 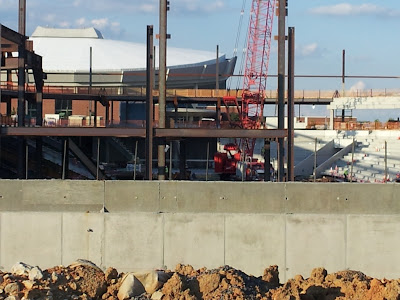 A tunnel? A tunnel. Unfortunately, this one will be where the visiting teams take the ice. Booooo. The good guys and girls will enter directly to the bench area, which will be be on the opposite side from here. Also of note from this photo: we've apparently elected to not go with "rust" as a significant part of the arena's color scheme. Good to know.﻿ 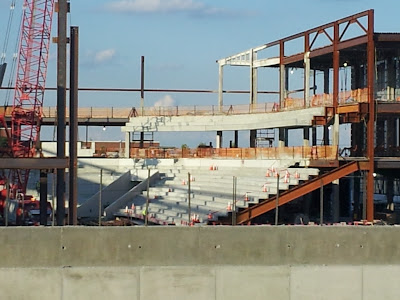 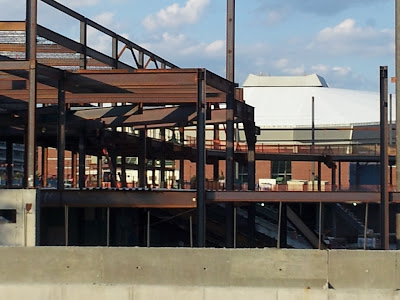 After leaving the field hockey venue, I continued around the perimeter, eventually finding a pretty solid new location. It's tough to explain, but you can actually see it in this post's first picture (that I took), of the community rink. See that steel building prominent in the background (which contains tennis courts, if you didn't know)? Just past the right edge of it, as you're looking at it. That spot hasn't been walled off yet, and the fence has been left uncovered. In fact, most of these were taken through, not over, the fence, starting with a pretty nice overview. 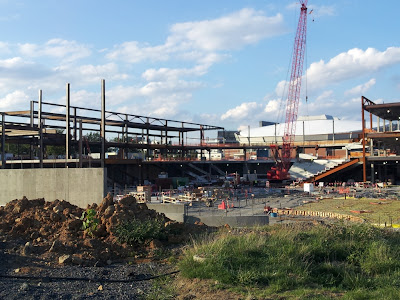 I like this next one because it clearly shows the PIA's three levels, stacked to the right: event level, concourse level and suite level. The event level, of course, will also contain the locker and training facilities, as well as offices. 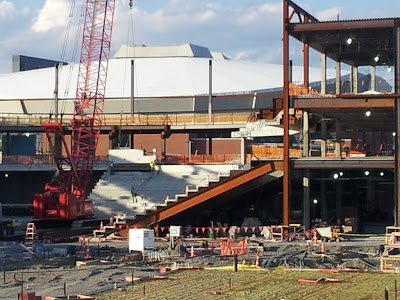 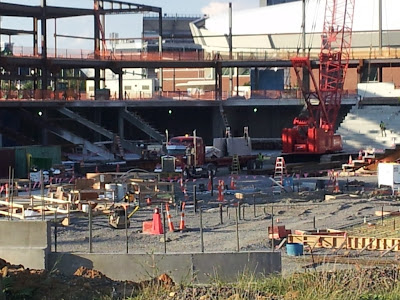 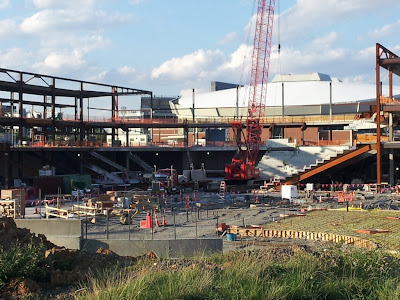 This will be the side with the home locker rooms and the benches. 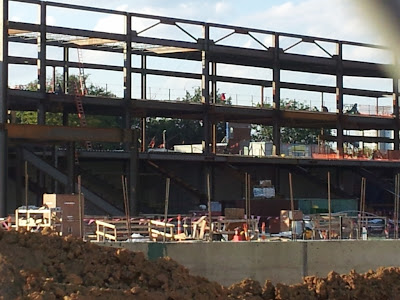 The remaining pictures were taken back up by Shields - specifically from its adjacent parking lot - and from University Drive. This next one is one more look through the northwest side's concourse to the southeast side. 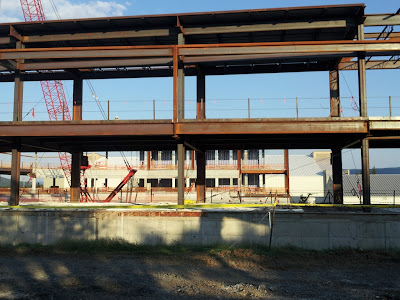 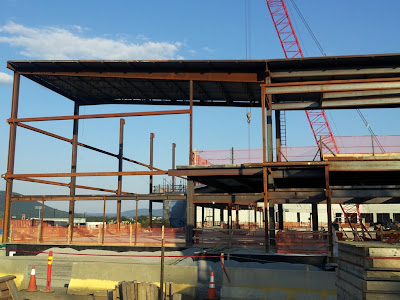 One of my favorite things about doing this is observing the installation of some of the finer details and visualizing the completed product. My "huh...sweet" moment of this trip was noticing the curved "Hockey Valley" balcony in what will be the main lobby. See it? 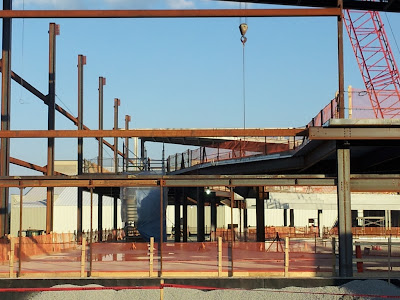 Two more - obviously, these are of what will be the PIA's signature glass facade. 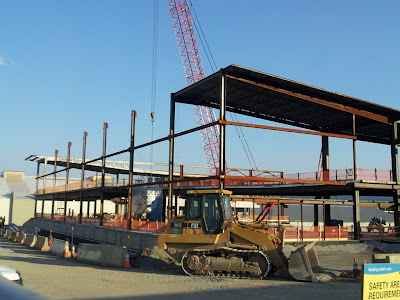 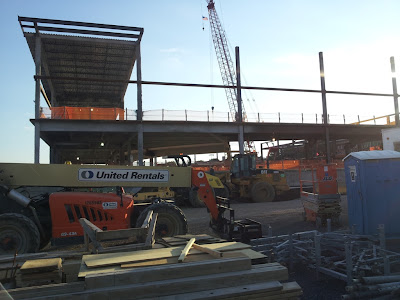