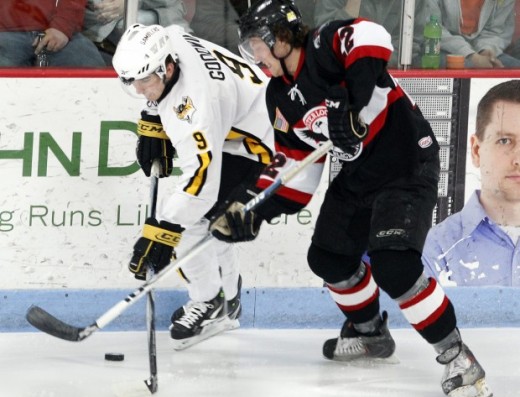 3. 'PegulaVille' to offer campout for hockey games
(The Daily Collegian)

Of course, the Collegian runs something on PegulaVille - the new, hockey version of Nittanyville - right after I put up last week's Three Stars. So this is old news for many of you, but I'm not being thorough if I don't include it. Oh hey, Connor Varley quote:


“This would be another way that we can come together as a university, and this would benefit the entire school,” said Varley. “We as a team see that support will really motivate us to do well for the fans.”

This is a worthy effort that I hope all of you students get behind. I've said all along that I feel like our student section will immediately be one of the finest in the nation (I am admittedly worried about the 5,000 grown-up seats at the PIA), so get out there and do it.

Not much to see here, as the Playing Rules Oversight Panel approved everything the Ice Hockey Rules Committee proposed back in June. Among the changes: hand passes in all zones are now outlawed, and "distinct kicking motion" and "net off the pegs" rules when making a goal/no goal determination will more closely follow the NHL after being much more limiting before (just ask Michigan State). I ran everything down in more detail when the proposals were first released, so I'll pass on doing it again here.

To me, this is less about the headline - there was no reason to think that wasn't the case - and more about the quick glimpse into how the staff is working on the current commits (and probably the potential ones as well).


After the sanctions were handed down, Goodwin said he was assured by Penn State Hockey Head Coach Guy Gadowsky that the sanctions would be limited "in finances and support," to the football program.

Along the lines of support, Goodwin said he was also assured that the hockey program's chief benefactor, Terry Pegula, owner of the NHL's Buffalo Sabres and a Penn State alum, was still on board. 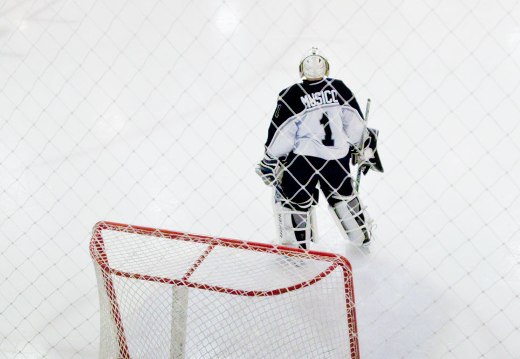 I stumbled on this blog last week, which contains amazing photography, including some of the Icers last season. Here are the other posts with hockey stuff:

Seldom Seen is definitely worth looking over for its other content as well, though. I highly recommend the "Penn State" tag.

Leagues of Their Own: Nick Ellis (Providence)
(Over The Boards)

Also, because I'm never one to pass on a compliment:


On a side-note, isn’t it awesome that Penn State already has such a thorough and dedicated blogging staff before their first season? Things like that are what make me love college hockey.

Yeah, "staff." I'll be sure to pass that along to "them." But in all seriousness, thank you!

* One light-year is 5,865,696,000,000 miles. That's like 1500 miles for every single dollar to Terry Pegula's name. Hockey recruiting media isn't that far behind football and basketball. I will no longer be so flippant in using the term "light-years."

A few weeks ago, I called Vermont the definitive low-hanging fruit, in terms of Penn State pulling off a major conference win this year. One thing that could have changed that? If recent Brown decommit Kevin Roy, who shredded the USHL for 54 goals last year became a Catamount (along with brother Derick, who also decommitted from Brown), that would have added some instant cred to UVM. But hey, good news, he's going to a school we're not playing.

It really has not been a very good offseason for Vermont. And I represent Penn State, which I think gives that statement a decent amount of credibility.


NCAA opens door for Canadian school to be member
(Yahoo!)

In a move that could certainly impact hockey down the road, Burnaby, BC's Simon Fraser University is a President's Council vote away from joining NCAA Division II as a full member (they were already a provisional member). We're still a long, long, long way off from a flood of schools now in the CIS starting NCAA Division I hockey programs, but it's still interesting to think about. And hey, maybe it'll force a rules change that would allow the scheduling of ACHA teams as exhibitions.

Eddie Olczyk, already announced as a 2012 U.S. Hockey Hall of Fame inductee, will be formally enshrined in Dallas on October 15th. Tommy, presumably, will make the trip down after playing in PSU's first two NCAA games on the 12th and 13th, before coming back up for a road trip to Buffalo and Rochester, NY on the 19th and 20th. Busy week.

It's always good to see a coach who had his program chopped land on his feet.
Posted by Kyle Rossi at 1:31 AM