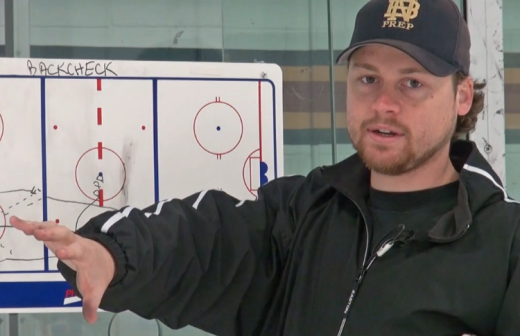 Matt Morrow, an assistant to Josh Hand in 2011-2012, will take over as head coach of the ACHA Division 2 Ice Lions this season. Hand, of course, remains at PSU as a volunteer assistant with the NCAA Division I men.

In an open letter posted on the Ice Lions' website, Morrow introduced himself by saying:


A new era has begun for the Penn State Ice Lions Hockey program. Club hockey at the Pennsylvania State University has a long and storied tradition, and the Ice Lions are ready and able to carry a high standard of both athletic and academic success into the future.

In my first year as head coach, I look to build upon what has been a very deep talent pool, and continue the winning ways of the coaching staffs before me. My staff and I look to recruit the top talent starting right here in Pennsylvania, and branching our nationally.

Success in our program will begin with academic integrity and character building within the classroom and Penn State community. This solid foundation for what Penn State students are known for will serve as the platform on which athletic all-stars will be built.

He's not really kidding about that whole "very deep talent pool" thing. Despite the loss of several key seniors, headlined by captain Jim Recupero and standout goalie Tom Badali (both of whom were All-Southeastern Region selections), the Ice Lions return boatloads of quality from a team that more or less steamrolled everything in its path en route to a 30-3-0 record and a MACHA title in Hand's only season in charge. They'll also look to reap some benefit from the disappearance of the Icers and their new status as the top ACHA program on campus while seeking to do three wins better than in 2011-2012, which saw the Ice Lions' 25-game winning streak end rather inconveniently in the final game of the group stage at the ACHA National Tournament.

Hand approves of his replacement and is confident in Morrow's ability to keep the program's momentum going.


“He was my choice. He did a really good job for us last year, and was a big part of our success.”

Now you know. Since beating down Rob Ray, Worrell has learned how to beat down Florida high school hockey teams as well. With Morrow as an assistant, the enforcer led North Broward to two state titles and an appearance at the USA Hockey High School National Championships.

Morrow, an MBA candidate in Penn State's Smeal College of Business Administration, will be helped by long-time Icers and Lady Icers assistant Wil Gigante.
Posted by Kyle Rossi at 12:27 AM