Because I'm not sure how many people know anything about the subject, because I'm a card-carrying jersey geek and because most of these were on display at the Icers alumni banquet in February, here's an (admittedly incomplete) look at the jerseys worn by the Icers over the years. 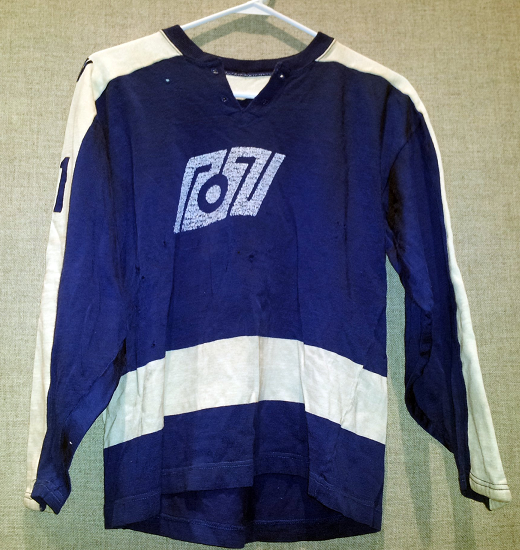 The original Icers jerseys, which lasted from 1971 until the mid-1970s. It took me quite a while to figure the crest out, and the blue is an incorrect shade, but nevertheless these were the jerseys of the team pioneers and as such are to be respected. It's hard to tell from the picture, but these also featured a tie-down, back when having them wasn't retro. 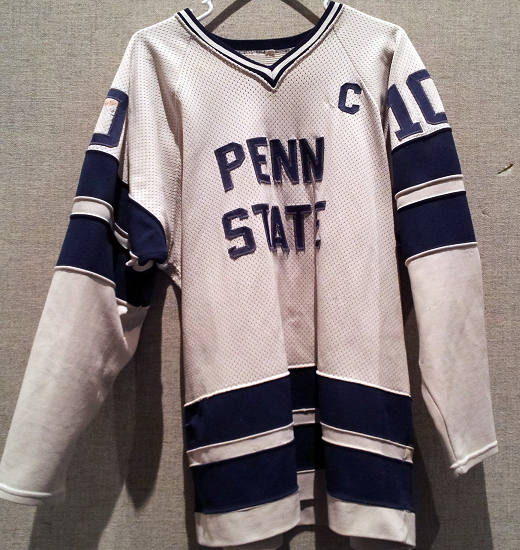 By the late 1970s, the Icers figured out the proper shade of blue and how to win things, like four consecutive MACHC regular season or playoff championships (1977-1980). The jersey, generally, also witnessed the opening of the Ice Pavilion in 1981 as well as the 1984 National Invitation Tournament championship (retroactively called an ACHA national championship, PSU's first). This jersey, specifically, belonged to an offensive defenseman named Joe Battista. 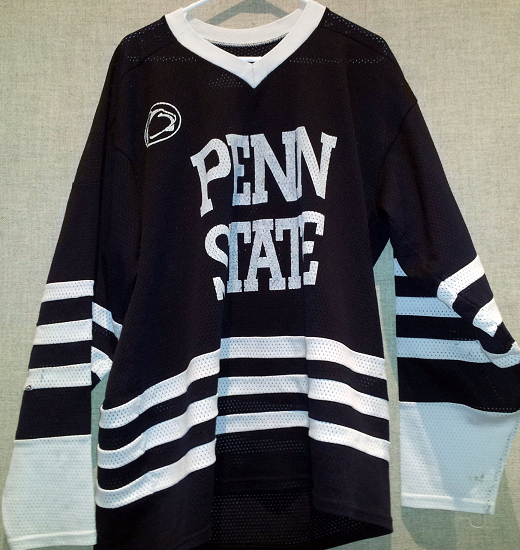 While this jersey wasn't worn for very long over the late 1980s and early 1990s, at least compared to the previous two), it was a part of some of the great moments in Icers history, including the 1989 ICHL playoff championship and the 1990 NIT championship (again, retroactively referred to as an ACHA title). 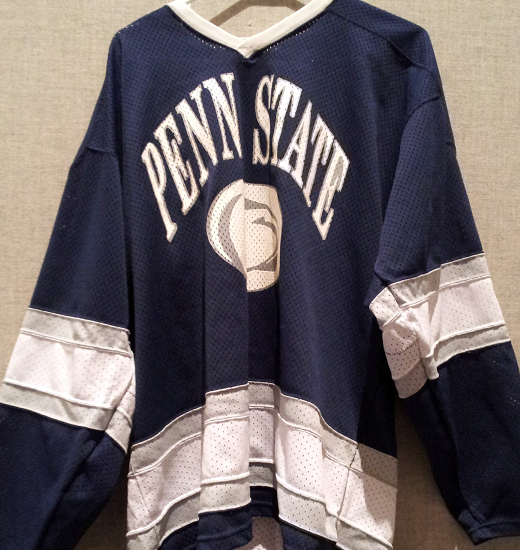 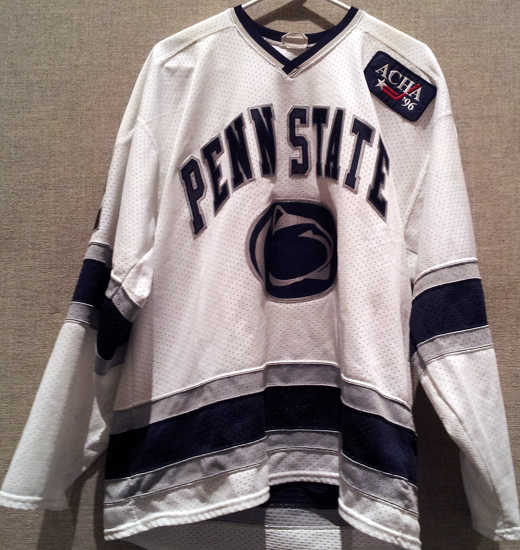 Beginning in the early 1990s through the 1995-1996 season, these jerseys were the order. The look, an arched "Penn State" over the chipmunk logo, should be rather familiar. Among the highlights with this set: the 33-1-0 1992-1993 team (still a program record for wins in a season) that won the ACHL regular season and playoff titles, then suffered their sole defeat at the wrong time to finish as national runners-up. 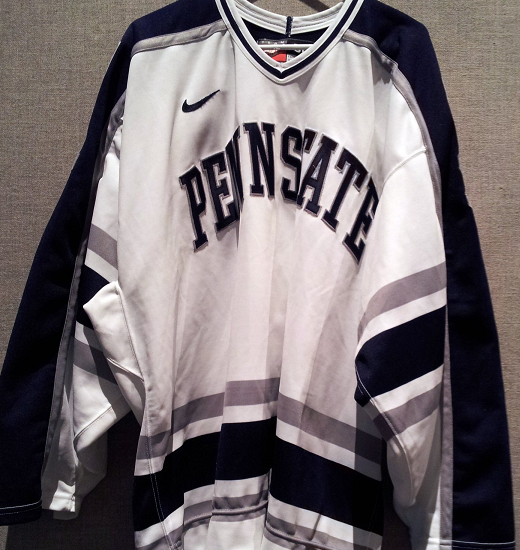 By 1996-1997, Nike had officially entered the world of Penn State hockey. These jerseys, though gave way after a season and a half to... 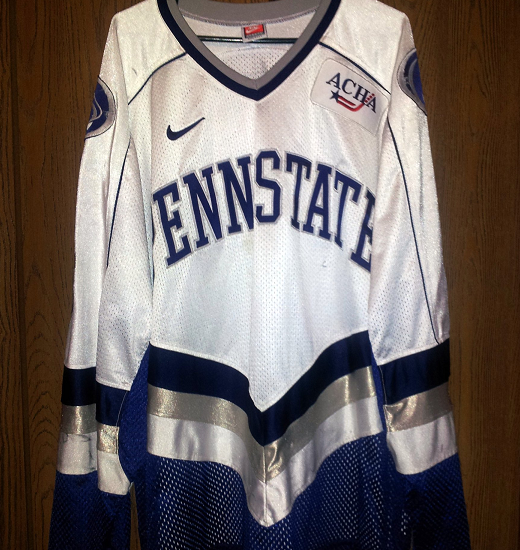 ...something very similar, although one that was a little lighter and a lot shinier. The 1998 and 2000 ACHA national championships (as well as the infamous 1999 robbery at the hands of Iowa State) followed after several seasons of almostness. 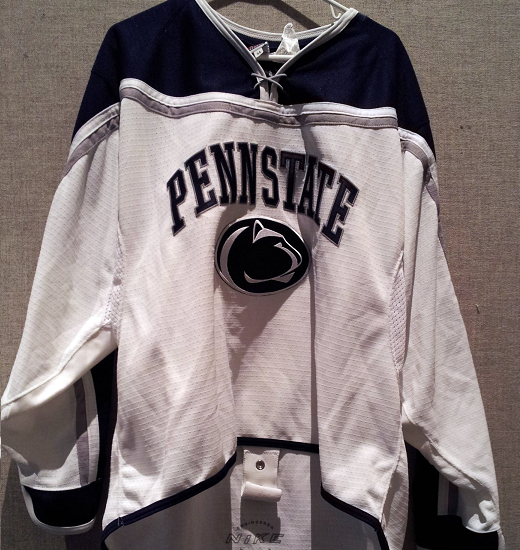 The Icers' final jerseys had the longest life of any, as they arrived in the middle of the 1999-2000 season and lasted through the end of the 2011-2012 season. Curiously, though, they were considered bad luck by the 1999-2000 Magic City Miracle team, who ditched them in favor of the previous uniforms after a closer-than-expected win over Illinois to open the ACHA national tournament that season. Championships while wearing these, of course, did follow in 2001, 2002 and 2003.

I can't finish this post without including some of the one-off alternate jerseys worn by the Icers in recent years...


... as well the two known jerseys of the original varsity team.

Email ThisBlogThis!Share to TwitterShare to FacebookShare to Pinterest
Labels: Breakout Past, History, jerseys