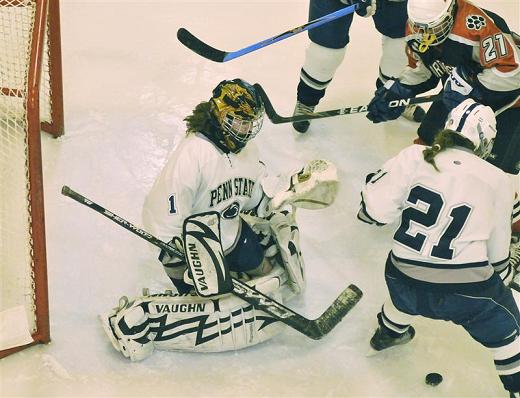 3. PSU Icers are good...almost too good
(Shooting for the Show)

I don't think I've linked this blog before, but it's pretty solid. Obviously, SftS does write about PSU on occasion, although it's not the central focus. But this post gets at a concern I've touched on a few times.


With the team jumping to DI next season, I can’t help wondering if their schedule this season is too easy. They’ve played a few squads that were either shorthanded in terms of the number of available players or so bad that they just knew they were going to lose from the first face-off.

I recently e-mailed a sports department official to see if the program considered scheduling any DI or DII games for the Icers this year. With other media priorities involving the school’s athletic programs at this time, it’s no surprise I didn’t get a response.

Guy Gadowsky talked to The Pipeline Show last Tuesday in his first, or at least most extensive, public comments on Sanduskygate (yeah, I -gated it). I hope those who questioned whether he'd stick around feel appropriately stupid now, but I doubt it because, well, they're too stupid to feel stupid. It's definitely worth a listen...Coach starts about 5:25 into the file and continues to show why PSU made a great hire.

In case you have issues with the link, here's the page leading up to that link.

1. Vaughan proud to be Nittany Lion
(The Daily Collegian)

I thought the Collegian crew killed it this past week, and I easily could have slotted any of about four articles here. But this feature on Katie Vaughan gets the nod because 1. I feel terrible about not having a post covering the Lady Icers' weekend (a pair of 2-1 home losses to NCAA Division III SUNY-Cortland, which dropped the team to 4-5-2 overall) and 2. I have a picture of Vaughan.

I try to write this blog mindful of the fact that some readers might be new to the game, having decided to join in the wave of DI hockey awesomeness when Penn State did or something along those lines. I think one area where I've failed is in assuming that people know what I'm talking about when I drop "USHL," "AJHL" or "BCHL" in talking about recruits. This is a good place to start to get filled in on the whole process, which is pretty unique to hockey.

Lady Icers Carly Szyszko, Cara Mendelson and Tess Weaver made sure they got a picture in with the Joe Paterno statue. You know, just in case. 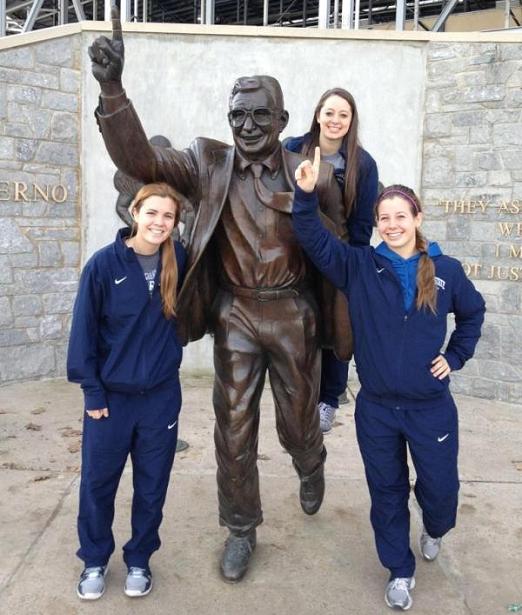 Former Icer Nick Pappas is writing a book you might want to read.


"The Dark Side of Sports: Exposing the Sexual Culture of Collegiate and Professional Athletes," is the result of 12 years of Pappas' work on the sometimes stunningly unsettling sense of life in those locker rooms.

"My findings reveal that, based on interviews with players who competed from the 1960s, '70s, '80s, and right up through 2010, that there is rampant sexual deviance and aggression that's been part of that culture going back 45 years.

"There is no sign that it's slowing down. It's kept in the closet. There are sexual predators in the athletic culture."

The release date isn't nailed down as of yet, but it's expected to be in December or January.

That crunching sound you hear is the availability of ice time at the Pavilion.

Another article - lengthy, but well done - on the transition struggles of our soon-to-be conference rivals.

Yeah, realignment's still out there (ominous sequel-clinching fade-out)...
Posted by Kyle Rossi at 2:00 AM