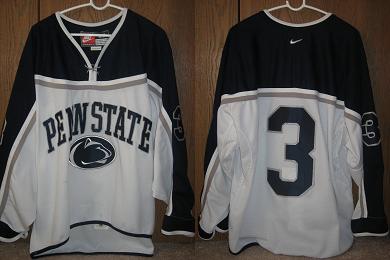 After a few weeks of slacking off, I'm back on the memorabilia train. This one was an eBay purchase from a guy who, for whatever reason, has a lot of team-issue Icers stuff. I'll share what I know about him in exchange for immunity and the ability to keep the jersey. Hey, it's not easy to find these things.

As you can see, it's the white jersey in the 2000-present style. No. 3 with no name. Generally speaking, NCAA teams will remove the nameplates before distributing jerseys to the public to avoid violating NCAA rules by cashing in on a student-athlete's name (directly, anyway...that's a pretty giant murky mess in college sports...I'm suddenly in the mood to fire up the PS3 and drain some threes on Sparty with PG #12 for Penn State). That doesn't look to be what happened here, as there's no evidence of a removed nameplate, and besides, this jersey didn't come from an NCAA team, it came from one that auctions off jerseys with names on the back every year.

As I recall, the Icers, for reasons unknown to me, went without names on the white jerseys (in addition to the generally name-free blues) during the 2006-2007 season. Keith Jordan was No. 3 at that time (his career was 2004-2008), hence my not-crazy conclusion that it's his jersey. Jordan was recent enough that you probably remember that he was one of the great defensemen in Icers history and comes from a great Icers family. Individual accolades include being one of two Penn Staters in the first ACHA All-Star Game (in 2008), winning first-team ACHA All-American as well as Academic All-American honors, winning the Icers' Ted Cauffman Most Valuable Player award, and being named "best defenseman who [Teddy Hume] ever had the pleasure of playing behind." I'll stop there in case I'm wrong about it being his or something.

To be honest, I've never been a fan of the jersey, from the extremely dated style (most Nike teams stopped wearing this look circa 2004) to the cartoonishly oversized names on the back and uneven bottom hem. I can't wait until we (hopefully) get a massive redesign for NCAA hockey in 2012.

But anyway, here are some pictures of the details on the jersey:
﻿ 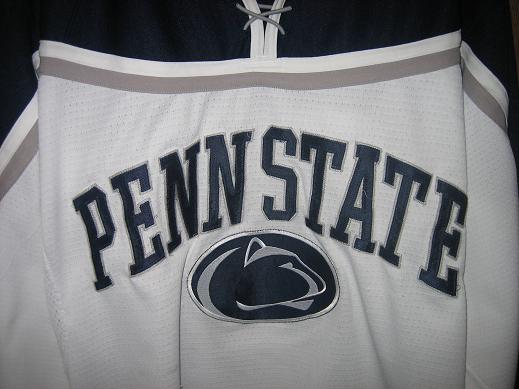 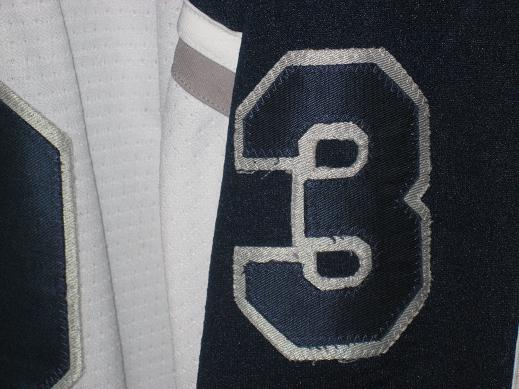 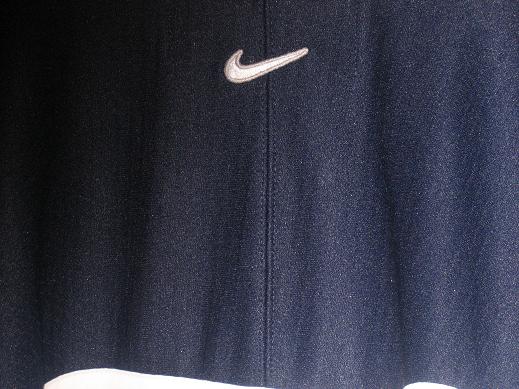 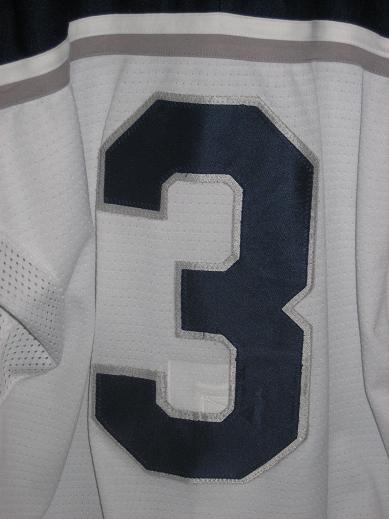