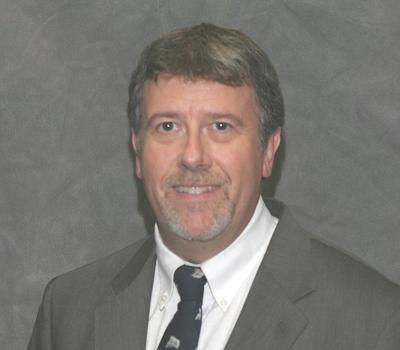 However this post, about Lady Icers coach Mo Stroemel, isn't the same thing. If the administration's goal is a splashy hire, or someone with proven success at the highest levels of NCAA women's hockey, he's obviously not going to be the guy. However, if you want a well-coached team that wins games, headed by a loyal Penn Stater, you could do a lot worse. And because Stroemel, uniquely among candidates, comes from a club background, he'll be able to do all of that efficiently - which may prove an important factor in all of this.

The West Chester native who played defenseman in high school tried out for the Icers in 1976, but didn't make it, and at one point gave up playing hockey altogether for 13 years. But as we all know, it's pretty much impossible to stay away from hockey forever. He re-entered the game through adult leagues in the late 1980s, then made his triumphant return to PSU as a member of the faculty. It didn't take very long for him to sign on as an assistant with the ACHA Men's Division 2 Ice Lions, a post he held from 1994 through 1997 before assuming the team's head coaching job. In Stroemel's final season as an assistant, the Ice Lions finished in the runner-up spot at the ACHA National Tournament, Penn State's best finish ever.

Stroemel was the Ice Lions head coach through 2004, and the nutshell version of his tenure reads as follows:


While coaching the Ice Lions, Stroemel piled up a 131-62-11 record, led his team to four national tournament berths, a final four appearance, and claimed the 2002-2003 and 2003-2004 ACHA Men's Division 2 Northeast Region Coach of the Year awards.

That final four appearance came in his final season of 2003-2004, where forward Ryan Tocicki and goalie Dan Koletsky helped PSU roll through Miami (OH), Colorado State and Central Michigan before a 1-0 overtime heartbreaker against New York University eliminated them in the semifinals.

I think Stroemel's level of success with an ACHA D2 program is quite impressive in light of a couple facts:
He moved from the Ice Lions to assisting with the Division 1 Icers for three seasons, 2004-2007, spanning both the Battista and Balboni regimes. I'm going to assume some knowledge on your part there and just quickly point out PSU's record of 85-22-5 with Stroemel as an assistant, as well as the fact that the Icers played for the ACHA national championship in each of those seasons.

Following Penn State's 2007 title game loss to Oakland, Stroemel flipped over to the women's side, and he recently completed his fourth season behind the Lady Icers' bench. It was in this present position where he's shown some ability to build. In his first two years, PSU was 15-34-0, far off the pace the Lady Icers had established as one of the solid programs in women's Division 1.

By Stroemel's third year, however, things started to click. Penn State went 12-13-1 in 2009-2010, and gained the No. 7 ranking at the end of the regular season - good enough for the Lady Icers' first trip to nationals since 2007. And while things didn't go quite as planned there, the program's foundation had been re-set.

One only needs to recall this past season to see Stroemel's expertise in play. While on the surface 11-14-2 and missing the ACHA National Tournament looks like a step back, I'd argue that not completely bottoming out was a tremendous achievement in many respects. Consider:
Still, Stroemel and Pat Fung (who took over bench duties while the head coach was in Turkey) guided the team to an 8-4-0 fall semester record, and PSU remained solidly in the national championship picture until an inexcusable snub put them out of the tournament. Meanwhile Stroemel, goalies Heather Rossi and Katie Vaughan, defender Lindsay Reihl and forward Denise Rohlik helped Team USA finish fourth at the WUG - the highest finish ever at the event, by either the men or women, since USA Hockey re-opened its participation in 2001.


While all of this sounds pretty solid, there's one major issue with Stroemel that I don't think I've had to raise with any other HCC post: he has substantial interests outside of hockey. For example, he's a faculty member in Penn State's School of Theatre, specializing in technical theatre. Here's his resume in that area:

It's one thing if that's it. It's quite another when... 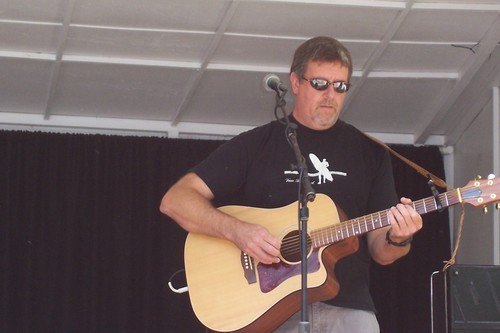 
Stroemel has been writing and performing for over twenty years. Based in Central Pennsylvania, he has appeared in Philadelphia, Pittsburgh, Nashville, New York, Atlantic City, Florida and London. His songs connect with people of all ages and his personable and easy-going style make his live appearances fun and intimate.

Mo currently performs as a solo act and as a bass player with the Family Brew (formerly the Phyrst Phamly), a house band with a 40 year tradition at the Brewery in State College, PA.

He has performed at festivals including The Central Pennsylvania Festival of the Arts and The People's Choice Festival.

Maybe I'm wrong (I certainly have been before), but that doesn't sound like the type of passion you scale back for the demands of coaching at the NCAA level.
Posted by Kyle Rossi at 2:23 PM