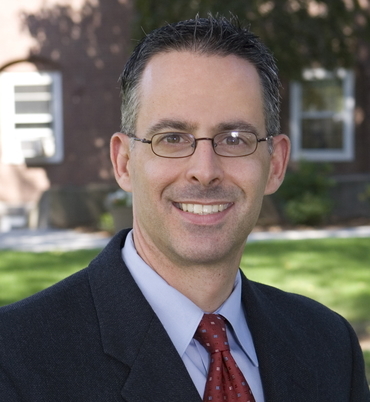 In a move that had me slapping myself for not considering the possibility, Penn State named Icers and ACHA Hall of Famer Josh Brandwene the inaugural coach of its NCAA women's program today. Brandwene, of course, in addition to playing for the Icers (including on the 1990 national championship team) was a long-time ACHA coach and executive leader whose career path took him to the head coaching jobs with three frequent Icers opponents - West Virginia, Delaware and Michigan-Dearborn. He's also the only four-term president in ACHA history. After departing collegiate hockey, he gained experience with the women's game on the prep scene at the Kingswood Oxford School from 2008-2010.

Just to contribute something original to this post, here's Brandwene's Icers Hall of Fame write-up from the 1996-1997 Icers program:


Josh Brandwene, an Icer from 1987-1991, won the Outstanding Defenseman Award in his first two season with Penn State hockey. He was an ICHL first-team all-star three times, and a member of the 1990 ACHA national championship team. In 1990, he was team captain and president of the Hockey Management Association. He received the PSU Most Valuable Player Award, the ICHL MVP, and made the ACHA first team at the national tournament. Josh received his degree in Exercise and Sport Science in 1991...he lives with his wife Leona (PSU '91).

Steve Penstone is reporting that Lady Icers coach Mo Stroemel will have a role with the program as well.

A press conference to announce the hiring is scheduled for 11:30 a.m. Wednesday, so I'll handle this a little like I handled Guy Gadowsky's hiring for the men's team. Press release now, write up Brandwene's comments tomorrow, fill in the rest as we go.

On that note, I'll dump it off to a slightly truncated PSU release at this point, which is as comprehensive as you'd expect for something about a guy who's known Joe Battista for a long time.

Brandwene brings 20 years of coaching and administrative experience at the international, collegiate and prep school levels to Penn State. He most recently was the head coach of the girls' ice hockey team (2008-10) at Kingswood Oxford School in West Hartford, Conn. Brandwene was then asked to re-build the Kingswood Oxford boys' ice hockey team, serving as head coach in 2010-11.

"We are proud to welcome Josh back to Penn State as the first head coach of the women's varsity ice hockey team," said Tim Curley, Penn State Director of Athletics. "His wealth of experience and unique hockey background have prepared him to build our program and we are excited to have him on board."

"I am honored, humbled and thrilled to return to Penn State to lead the women's ice hockey program at this amazing time in the hockey program's history," said Brandwene. "I truly love every aspect of building a successful program. To have the opportunity to build a program the `Penn State Way,' here at this place that has meant so much to me and shaped who I am as a person and as a coach is a dream come true."

A standout defender for the Penn State Icers, Brandwene was a member of the 1990 ACHA National Championship team. He earned team Most Valuable Player, league MVP and first team All-Tournament honors his senior season, and broke the Icers' career record for points by a defensemen (previously held by former Icer head coach and current Associate Athletic Director for Ice Hockey Operations Joe Battista).

"I have known Josh and his family for almost 25 years," Battista said. "He was my first recruit as an Icer coach in 1987 and a big part of our early success. He has the perfect skill set to be a successful coach and mentor to the student-athletes in our women's hockey program. He has incredible passion for Penn State and coaching and has impeccable values, boundless energy and enthusiasm, and shares our culture for Success With Honor.

"Josh has been a builder everywhere he has been, taking each team to unprecedented levels of success," Battista added. "His accomplishments reach beyond any one team or institution as evidenced by his impact on a national level as the only four-term president of the ACHA and a member of the American Hockey Coaches Association (AHCA) Board of Governors. We are proud to welcome him home."

During his tenure as the girls' hockey coach at Kingswood Oxford, Brandwene helped re-build a program devastated by graduation and led the New England Division II prep school team to a runner-up finish at the Canterbury Invitational Tournament and four victories over Division I prep programs.

In 2004-05, Brandwene began a three-year stint as the head boys' varsity ice hockey coach at the Northfield Mount Hermon (MA) School. Brandwene led the program to the New England Prep School Hockey Conference-East Championship (2004-05). In three seasons with the program, Brandwene coached and helped place more than 20 graduating student-athletes who have gone on to play Junior A and collegiate hockey.