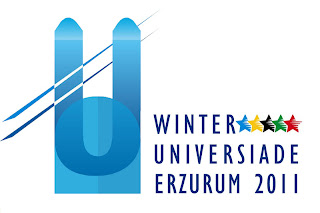 The World University Games, or Universiade as it's called by almost everyone outside of the United States, has always been kind of special to me because it's one of the rare times where I'm not at a clear disadvantage to most following the Icers by virtue of living in Blow-hio. Are you going to Erzurum, Turkey for this one? Me neither. Yeah, okay, there's also that whole "representing your country" thing - I've been a sucker for international hockey going back to the 1992 Winter Olympics, where Ray LeBlanc and Team USA introduced me to this sport we all love as much as anything or anyone else.

The 2011 WUG, set to start Thursday, takes on a little bit of added significance, as it's the last one involving Penn Staters. By the time the next one rolls around in 2013, the top-level ACHA teams for both men and women will be gone from PSU, replaced by the NCAA teams. That brings with it the chance to have players compete in the World Junior Championships, which is exciting too, but the participation, especially at first, will be pretty far off of the guaranteed couple of players every two years PSU gets with the WUG.

With all of that in mind, I'm going to try my best to grind out some solid coverage of the event, beginning with this post and continuing with a similar one for the women's team (featuring four Lady Icers players and the head coach) tomorrow. So without further ado, off we go.

Team USA is coming off a best-ever-with-ACHA-players (meaning since 2001) 3-2-0 record and seventh-place finish at the 2009 WUG in Harbin, China. Seventh is deceptively low in a sense, as Team USA had a shot at making the semifinals going into the last game of group play, needing only to beat Japan to be in the final four. Unfortunately, Japan stunned the Americans, who then took out their frustrations on China in the seventh-place game.

That team featured Icers Lukas DeLorenzo and Jaime Zimmel, as well as Scott Balboni as an assistant coach to Rhode Island's Joe Augustine, a role he’ll reprise this time around with Michigan-Dearborn's Dave Debol. It was DeLorenzo who provided Team USA with their highlight of the tournament – the shootout winner to defeat heavy favorite Slovakia, who went on to win the bronze.

Defenseman Dan Lassik and forwards Kyle Krannich and Devin Sheehan, all from Rhode Island, are the only three returning players from the 2009 team, but they'll be joined by a glut of talented forwards, particularly guys like Michigan-Dearborn's Michael Macari, Western Michigan's James Telfer and Oakland's Kevin Kranker, all of whom had good pre-tournament games last month. Tim O'Brien and Eric Steinour, of course, represent Penn State, and also did well in those games with a goal and an assist each. Headshots of the Icers delegation:


The defense doesn't strike me as quite as deep, but it still features some great players, including Alan Dionne, Lassik's frequent defense partner at URI, Niagara's Kevin Morrison and Kent State's Michael Lepre, who can slide up to forward if needed. Looking at the emphasis on speed and offense in that group, it's pretty easy to see how Icers Kevin Miller and Dan Petrick were relegated to alternate status, although at times, the group (outside of Dionne and Lassik, who were outstanding in that pre-tournament series) was victimized in their own end.

Goaltending is in good hands with Iowa State's Erik Hudson and Drexel's Dan Pyne. While Hudson and his team haven't had the greatest of seasons, one only needs to remember the way he shut the door on favored Illinois and Ohio in the ACHA tournament last season to know that he's capable of bringing in big Ws from an underdog position. He performed admirably in the final against mighty Lindenwood as well, but was done in by a couple second-period goals and no offense. Pyne is a guy with quite a bit of experience trying to keep his team in games as well, and has performed very well in that role.

Team USA has been placed in Group C, along with Slovakia, Kazakhstan and Spain. While that's a pretty tough group with two very good opponents (sorry, Spain), it's nice not being stuck with Russia or Canada, and the all-but-guaranteed loss that comes with it. The key to topping 2009's finish will be to a) not stumble against Spain, which in my mind includes not going to overtime - the 3-2-1-0 points system in place doesn't reward OT wins as much as regulation ones, and b) upset either Slovakia or Kazakhstan. That should be enough to lock in a spot in the quarterfinals as one of the top eight teams, and with a seed high enough to avoid Canada and Russia in that round.

The Rest of the Field

In case your inference skills are lacking, yes, Canada and Russia are the heavy favorites. As they should be - the two hockey-rich countries have met in each of the last two finals, with the Canadians winning in 2007 and Russia winning in 2009 (to go along with gold medals in 2003 and 2005). The Canadian team should be pretty easy to put in context for North American hockey fans, as it's always made up of players from one of the CIS conferences on a rotating basis - this time, it's OUA's turn.

What exactly is that context? Well, as one example, on January 3, 2001, the Icers lost to York University, an OUA team, 6-1. This was the last time Penn State played a CIS team. And while there's no question the ACHA is much improved from ten years ago (witness Iowa State's competitiveness in three games against the CWUAA, a different CIS conference, over Thanksgiving weekend this season), it's still at a deficit to the CIS.

Slovakia, Kazakhstan, Korea and Japan will be the leading teams looking to join the Canadians and Russians at the the end of the tournament, while teams like the US, Belarus and the Czech Republic push to be considered part of that secondary group.

Full schedule here - be prepared to deal with Turkey time, seven hours ahead of eastern time.

Here's Team USA only, using good, old-fashioned eastern time. Get ready to do a lot of personal internet usage at work.