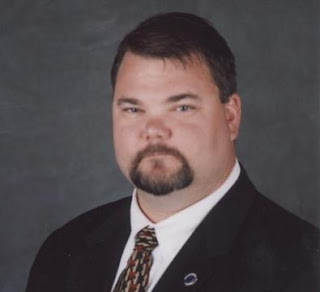 This series, by its very nature, is pretty unfair to the guy who already holds the title of "Head Coach, Penn State Hockey," and I sincerely feel bad about it. But that said, this series is really just a snapshot of a pretty unfair situation. Because to be brutally honest about things, guys who donate $88 million to start an NCAA hockey program don't do so with the idea that the school is just going to promote the head man of its existing ACHA team. They're going to want to make a splash, for the recruiting, for the PR, and for the perceived guarantee of success that comes with hiring a guy who has had success at that level. All of which probably makes Balboni a longshot in this race.

It has to be pretty tough for him, because if I know that, he has to know it too. The Icers' on-again, off-again struggles so far in the only season between the NCAA announcement and the naming of a head coach can't really help things either. But to his credit, he has the right perspective:


Current Icers head coach Scott Balboni said he definitely would throw his name into the coaching search if he was asked.
********************
“It’s a dream job,” Balboni said. “It’s going to be the premiere job in the country and that’s something that I would consider.”

Balboni, as anyone who's read an Icers program before knows, played collegiately at Providence College. Since I was a lot busier caring about the Hartford Whalers than anything going on in Hockey East at the time, I popped "scott balboni providence" into Dogpile to see where it would take me. One place was HockeyDB.com:

Go a little further and you'll see that Balboni led the team in penalty minutes in 1993-1994 and was second in 1994-1995. He played in all but 10 of the Friars' games over his four years, an impressive record. He capped his career with a Hockey East tournament championship and the NCAA tournament appearance that goes with it in 1996.

Unfortunately, he just missed being teammates with pro hockey player Fernando Pisani, although he did share the blueline with notables Hal Gill and Chris Therien.

The program of Lou Lamoriello and Brian Burke hasn't been in such great shape since Balboni left, so maybe there's something to that. But while you may not have known that the Friars have had a rough decade and a half, we're all pretty familiar with what Balboni's been up to in that time - two separate stints as an Icers assistant, followed by taking over the top job in 2006 after Joe Battista worked his way into positions at the university that would allow him to raise obscene amounts of money more effectively (in hindsight, anyone doubt this?).

You probably don't need me to re-hash the last four and a half seasons for you, but for the sake of completeness, the Icers have compiled a 138-27-8 record under Balboni and have remained one of the ACHA's flagship programs. What's changed: Penn State now makes earlier exits from the ACHA championship tournament than was once thought possible. In Balboni's first year, the Icers made the championship game, falling to Oakland. It was the team's 10th straight title appearance. However, PSU hasn't been back since, the closest run ending in a shutout semifinal loss to Illinois in 2009. But contrast that with this:

So where do you place the weight when evaluating the coach that could be described as "intimidating" or "scary" by his players? With a series of one-game seasons in March against an ACHA that is light years ahead of where it was in the past or with the much larger sample of season records against a similarly-improved ACHA? Have the Icers grown with the competition, or have they stagnated and been caught by it? Or is there a glass ceiling on the growth potential given the limitations of non-varsity programs? Is he riding Battista's coattails, or did he forge his own way, resulting in a similar record against tougher schedules? How do you factor in Balboni's work with camps, a crucial element to recruiting?

If the answers seem ambiguous, it's because answers to these types of questions usually are. If they weren't, we could just let EA Sports assign everyone an overall rating and be done with it. Ultimately, your opinion of Balboni as a candidate probably has a lot to do with how you answer those questions. And hey, I can't do that for you.

Regardless of where things end up, Balboni is to be commended for his record and for having achieved it the Penn State way. He's a true asset to our hockey program, one that I hope doesn't get lost in the shuffle.
Posted by Kyle Rossi at 8:55 AM