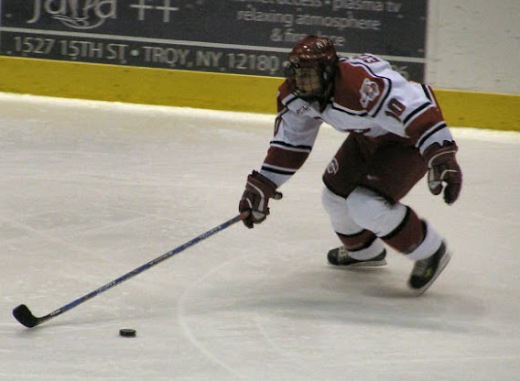 Just so you can't accuse me of not keeping you informed, there is something resembling an effort to get students to camp out for hockey games. I say "something resembling" because so far, it's just a Twitter account and a Facebook page begging for attention from Penn State and hockey-related people. That list didn't include me, so score one for Goon's World and the "nobody reads TYT" argument, I guess. On Twitter, I did retweet and follow the guy anyway, and got a follow back. So basically, we're boys now, I guess. Just to be clear, despite where I'm about to go, this or any student-initiated effort to promote interest in hockey has TYT's full support.

Interestingly, on Saturday, John Tecce chimed in on PegulaVille, via Twitter (1, 2):


Could we see a new PSU tradition on the way? Just stumbled across @Pegulaville, which is exactly what it sounds like it is. Having seen logistical side of something like that, it would have to occur indoors. Would be interesting to explore when Pegula Arena opens.

Tecce, if you're unfamiliar (and shame on you if you are) is a former president of Paternoville Nittanyville Paternoville (hey, it was still called that when he served). So yeah, he'd know about it. I'm not as informed about the obstacles as he is, but off the top of my head, I would think hockey season weather and space where it could be done safely and non-obtrusively would be major considerations that may push the group into the main lobby of the PIA. From what I can tell, that's a large, indoors area that won't be used all that much, except on gamedays (the community rink will have a separate entrance/lobby). John, thoughts? (1, 2)


I think it would be awesome to see. Would require a lot of coordination w AD and OPP to allow kids to camp in arena...tough to police it though. Trusting college kids in an arena that nice takes a lot.

Long story short, setting up social media accounts and getting attention is the fun part. Hopefully the guy behind the idea is willing to take on the not fun part as well - he'd be well advised to start with a history lesson. It's not a simply a matter of deciding you want to do something, raising awareness, and parking your tents. The football group's coordination committee doesn't exist merely to squeeze some funding out of it. Of course, people are allowed to disagree with me.

I suppose from a journalism point of view, this was well done. But as a Penn State and a Guy Gadowsky fan, the way CHN pounded on the "get Gadowsky to express a negative emotion" button was a little tacky, and the interrogative tone was unwarranted (obviously, I wasn't a witness to the conversation, so I'll acknowledge that it may not have gone as it reads, but I'm not the only person who felt that way). After seven scandal-specific questions, at least two of which were attempts to take a positive answer and spin it into a negative follow-up, we get...drumroll...


Your first reaction was as a parent, of course. I would be completely dishonest if I didn't go through that emotion.

...which was really just a repeat of something he had already said, and something I had possibly seen/heard him say before this interview (admittedly, it all runs together after a while). Either way, congratulations on getting a father to admit that he thinks of his kids first.

That said, I dare you to read the interview and argue that we hired the wrong guy. So it's not all bad I guess. But I do think that USCHO won the duel of head-to-head Gadowsky articles by a lot.

1. Penn State: Light in the Darkness
(Without a Peer)

It's not often that I play this card, but I will here: Just read it. It will restore your faith in the ability of people affiliated with other institutions to present a good, balanced take on things.

PS. The picture at the top is former RPI standout Oren Eizenman (2003-2007), Icer and ACHA Hall-of-Famer Alon's younger brother. As far as I know, the Eizenman family is pretty much the one thing PSU and RPI have in common, other than Union on the schedule this year. Well, that and the two games PSU played at Houston Field House in 1985 against non-RPI opponents that, in fact, no longer exist (not just the hockey programs, the entire schools). 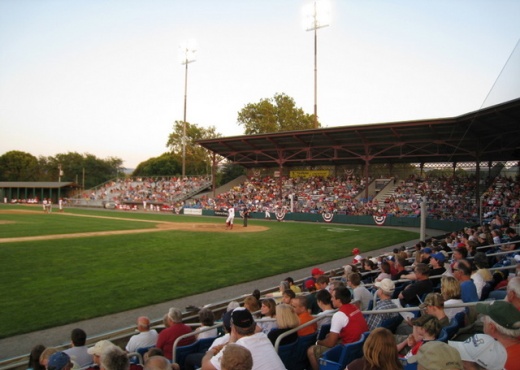 Shooting for the Show gave you guys the heads up on the team that will be known as the Williamsport Outlaws a month ago, but there's been an interesting development in the story:


The Outlaws will play their entire [2012-2013] season at Bowman Field in Williamsport. The field is home to the Williamsport Crosscutters, the Single-A short season affiliate of the Philadelphia Phillies. Once the baseball season is over, the process of laying ice will begin for the Outlaws’ 30 home games form October to January. When the team is not using the rink, it will be open for public skating. Since Williamsport does not have an ice rink, the outdoor pond will be the first of its kind in the city.

The unorthodox arrangement is a temporary measure until an indoor rink can be developed, possibly in the city's YMCA building. Still, outdoor hockey...yay?

Here's Rob Rossi (we're probably related, although I can't prove it) on the subject of the NCAA sanctions and their effect on non-football sports:


Sanctions levied Monday by the NCAA against Penn State’s disgraced football program will not put the university’s fledgling hockey teams on ice.

Nor will the other 26 programs that comprise Penn State’s athletic department be negatively impacted by punishments against the football program that include scholarship reductions, disqualification from bowl games, vacated victories and a $60 million fine.

“People are going to see that figure and be wowed by it, but it’s not a significant number considering the ability of that program and that institution to generate money,” said Daniel Fulks, a professor at Transylvania (Ky.) University.

Know what makes more sense than an Ohio State-Mercyhurst outdoor game in Cleveland? Most things, actually.

I will leave this out there though: the Cleveland Indians put on a festival called Snow Days at Progressive Field during the winter months, which includes things like a high school hockey tournament (won by Solon, my alma mater, last year I'm proud to say), ice skating and snow tubing. In other words, there will probably be an ice rink set up there with or without a college hockey game, removing much of the expense from the equation.

It's about time living where I do gave me some kind of advantage.

By the way, the rumored game won't take place until December 2013, so feel free to forget all about this.

In case they don't, here's Jack Berger's entry. He was recruited to Princeton by Guy Gadowsky, who then moved laterally on the Berger family tree to recruit brother Chase to PSU for 2015.

Speaking of...this is old news (Berger committed in early May), but this is the first acknowledgement I've seen from his current team.

Did you not hear what I just said above? I'm happy he stayed at UMD too. Actually, I don't really need to be happy, since he didn't have much of a choice - he wasn't offered the job.

Let me just put something out there, because to be honest, I'm kind of sick of this sentiment that's been floating out there for over a year that Gadowsky was something other than a first choice.
No guesswork needed on my opinion. I know it's easy for me to say now, but back when I thought Sandelin was going to be the guy, I was disappointed. When I later heard that it was likely to be Gadowsky, my initial reaction was "Really? We can get him?"

A big change in the administration of one of PSU's CHA riv...oh, right.

The sophomore goalie's banter with now-former teammate Paul Daley is hands down the funniest (relevant to this blog) thing I've seen in a while. Don't get it? Check out the last entry in this Three Stars from a few months back.

Seriously, if someone who reads this blog makes a sign that says "Skoff >>>Wawa" and sends me a photo of it on display at a game (preferably behind the PSU net while Skoff's in a game, but I won't be picky about that), I'll name my first born after you. Or maybe just something on this blog.
Posted by Kyle Rossi at 12:02 AM