As usual, click on any of the photos to open a gallery with an enlarged version of everything in this post.

First, here's the Mortenson Construction camera shot from the approximate time of my visit: 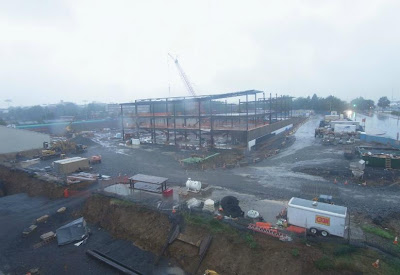 Yeah, it was a pretty miserable evening.

Remember the June 15th entry, when I trespassed on the construction site? Well, I pulled it off again, because like I've told you, an open gate is no obstacle for a ninja spy like myself. Here's a look inside the site. 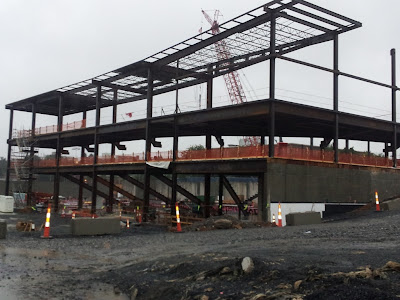 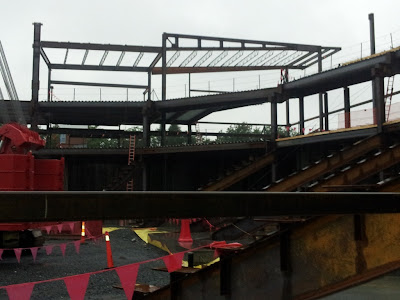 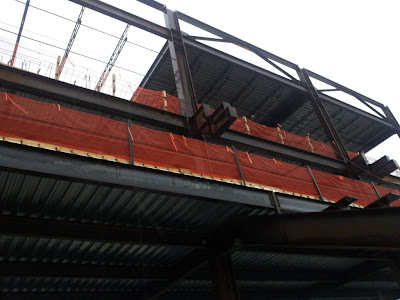 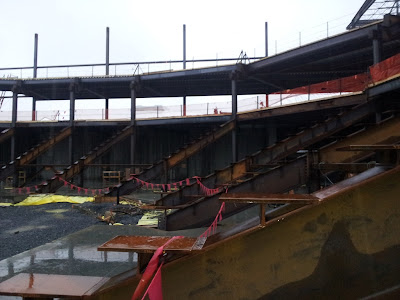 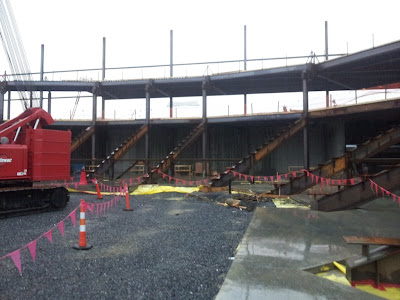 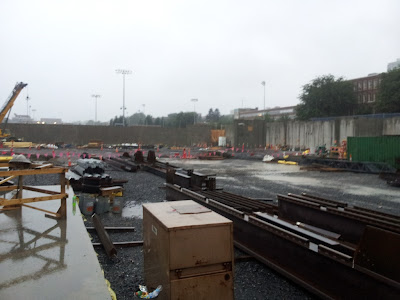 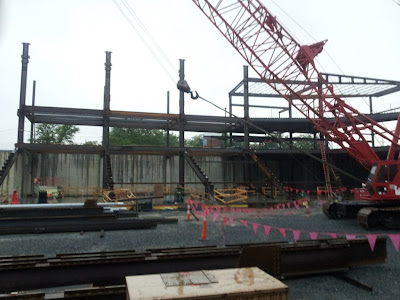 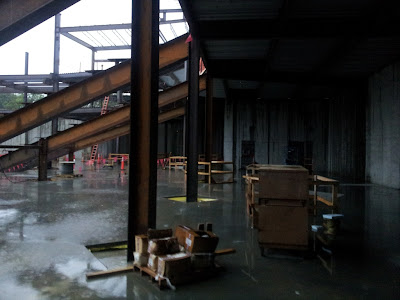 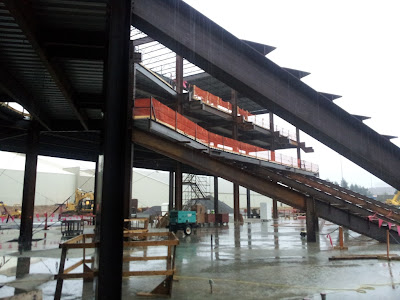 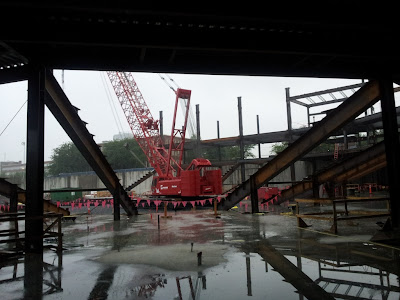 The progress since last time is pretty evident, as there's now a full horseshoe to the main seating bowl, and it now even seems "enclosed" (as opposed to being the only thing just kind of sitting out there, as it was last month). Concrete has been poured on much of the second level, and the suite area and roof is now starting to take shape. The community rink end is largely untouched, so I didn't really bother going down that way (which turned out to be a wise decision).

Just to give a quick idea of the location of a couple of event-level amenities: the weight room will be just on the other side of the wall on the right edge of the third-to-last photo. In the second-to-last photo, the visitor's locker room will be right off the left edge, while the men's coach offices will be in the background, just past what's been developed so far.

I slipped out right as a car pulled into the site entrance, avoiding the awkward conversation of last time. Looking at the timestamps on my pictures, there's about a three-and-a-half minute spread between the first and the last one. You know, just in case you want to try it yourself and are curious about the response time on the silent alarm I'm probably setting off.

Once again, because I can't assume I'll be able to pull off this kind of close-up every time, here are some of the more prominent "legal" views. 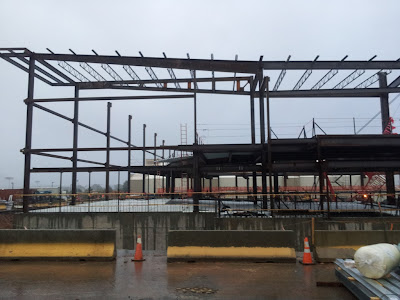 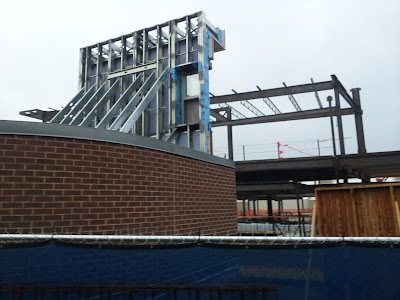 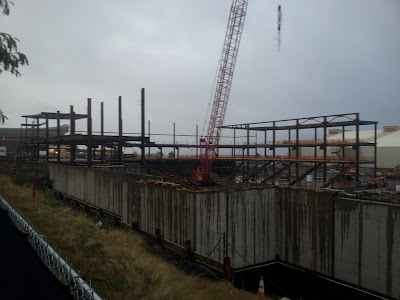 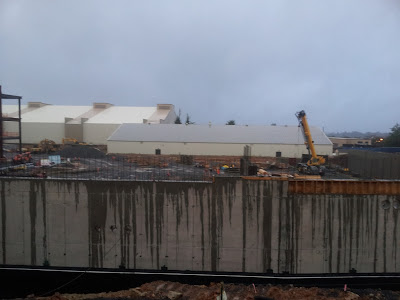 To close, here's the picture I took from furthest away, just because it's nice to see the arena have a profile visible across University Drive - which was not always the case. 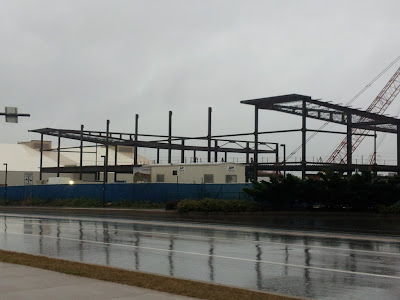