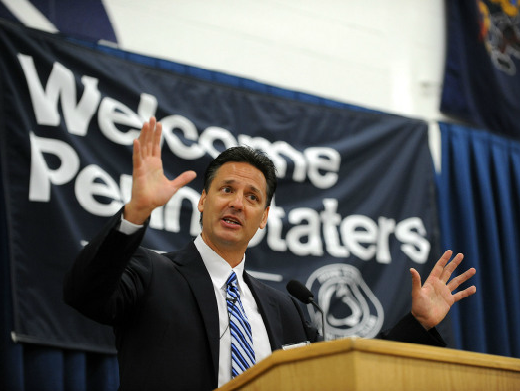 Guy Gadowsky will make an hour-long presentation called "Teaching Habits, Not Systems" in Burnaby, BC at the Second Annual Hockey Coaches Conference presented by The Coaches Site. The conference will take place Friday and Saturday, July 20th and 21st.

The men's coach is scheduled to speak on Saturday, from 12:45 to 1:45 p.m. Eastern. Other speakers at the conference include some high-profile bench bosses, including Stanley Cup-winning coaches Ken Hitchcock and Mike Keenan and three-time Memorial Cup winner Don Hay.

"Guy Gadowsky is one of the top amateur coaches in North America. He built both the University of Alaska Fairbanks and Princeton University Mens’ programs into National contenders; however, it’s his track record of developing his players on the ice and in the classroom which sets him apart." said Aaron Wilbur, managing director of the Coaches Site [in a release]. "His contributions to grass roots hockey are immeasurable and we are excited to have him represent the NCAA and Penn State University."

While I mentioned Gadowsky's appearance a couple times previously in Three Stars entries, I felt like it deserved promotion to full post for a couple reasons:
It's not cheap - after all, the intended audience is other coaches passing the bill along to their respective employers - but while single-presentation access costs $19.95, it should offer a unique insight into Gadowsky's philosophy beyond what he says to the media. If interested, simply to to thecoachessite.com/pay-per-view to register. The video is viewable on any device that has a Flash-enabled browser and will be archived for six months if you're not able to watch live.

Given the title of the presentation, Gadowsky may have tipped a little bit of his hand in a radio interview with The Pipeline Show on July 7th. When asked about his goals for the coming season, rather than the Balbonian answer of "perfecting our systems," he replied with a much more holistic perspective:


"We’re really still trying to build a foundation, and the things that we hold important to us – in terms of how we represent ourselves, how we are in the weight room, and what kind of feeling we get, not only results, but how we’re committed to the classroom. One of the things you go to college hockey for is not just for hockey. [It’s] to expand yourself as a person, not only in academics, but as a person as a whole. If we can build a foundation where we have that environment that people want to come to our program, to graduate really quality people, you’re going to have a great education, a great hockey experience, you’re going to be developed as an athlete in the weight room…if we can establish a foundation for those things, we’re going to be a success."