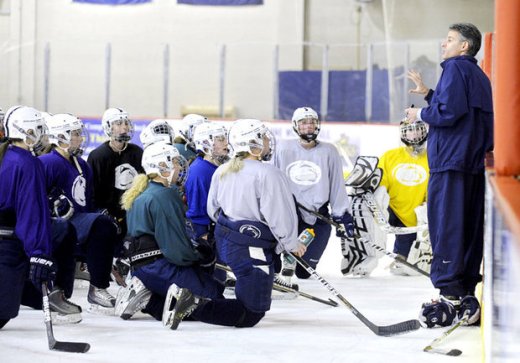 In the first public comments from a "hockey" person since the NCAA and Big Ten sanctions were announced yesterday, women's coach Josh Brandwene released the following statement Tuesday afternoon.

Yesterday, the NCAA levied sanctions against Penn State for a failure of leadership that occurred in the past. As the women's hockey coach and a Penn State alumnus, my thoughts and prayers continue to be with the abuse victims and their families. Nothing can change the past, but I am confident of a better future, and I support the commitment the University has made to protect children.

Moving forward, I am also pleased that the Penn State administration has made a full and continuing commitment to support every Penn State varsity sport, including women's hockey. At Penn State, we are one team.

Penn State remains a great university. Looking ahead, I am thrilled with the women's hockey program we are building. The student-athletes who have committed to being a part of this new program are academic and athletic exemplars, and their character is something of which we can all be proud. I am grateful to have them as a part of the Penn State family.

Together we are committed to serving as community leaders and creating a world-class program built on the principles of respect, dignity, pride, and all-out effort. I'm counting the days until we get started! 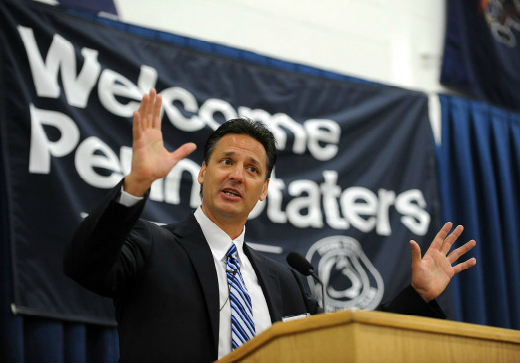 Later in the afternoon, men's coach Guy Gadowsky joined Brandwene in voicing his commitment to the task ahead.

As you know, yesterday the NCAA imposed unprecedented sanctions on Penn State for failures that occurred in the past. I am motivated by the professionalism and positive nature in which Football Coach Bill O'Brien is dealing with the recent NCAA ruling. Penn State Hockey stands behind Coach O'Brien, our great University and the best student body in the nation. We are excited to move forward together to build a better Penn State.

One of the greatest things I have learned here is that the Penn State student body is unrivaled by any. I can't wait to see how they rally around the athletic department and show the nation what we are all about.

I greatly appreciate the numerous notes of encouragement that I have received from our alumni and supporters. After speaking with Mr. Pegula, I can assure you that he -- with me and our entire staff -- is totally committed to building our varsity hockey program and supporting our student-athletes as we prepare to compete in Division I and the Big Ten.

Hopefully this pair of statements (note that Terry Pegula's support was also mentioned in Gadowsky's version) definitively puts to rest the unfounded speculation I've observed concerning the future of the hockey programs or their personnel. And hopefully, you're as excited as I am to see these guys coach NCAA hockey at Penn State this fall.
Posted by Kyle Rossi at 12:37 PM