Multiple sources have confirmed that Salisbury School defenseman Thomas Welsh has committed to Penn State for 2013. The Toronto native is now PSU's fifth recruit from Guy Gadowsky's home and native land, making Canada the single biggest source for Nittany Lions of 2012 and beyond (four 2012 or 2013 commits are U.S. natives, led by two from Pennsylvania).

However, Welsh and Acker do have something else in common: experience in an outdoor game. About two months before Westminster played in the Whalers Hockey Fest, Salisbury defeated Kent 3-0 at Michigan Stadium in one of the games auxiliary to the Big Chill at the Big House. That win was just one of 22 last year for the Crimson Knights as they skated to the Founders League title for the second time in three years. Salisbury proceeded to the New England Prep School Ice Hockey Association open tournament semifinals before losing to Kent, the eventual runners-up.

So what's even better than Salisbury's 22-5-0 record? How about a 9-0-0 record when Welsh registered a point? The goals were the final tallies of a 4-1 win over Williston-Northampton on December 4th and of a 7-3 dismantling of Albany Academy 11 days later.

The Sarnia Sting (5th round, 2011) own Welsh's OHL draft rights, yet another sign of the major junior reality creeping into our lives as we start to go after better and better players. Some projections had him as an OHL second-rounder, and the Sting's head scout believes Welsh "flew under the radar of other teams," allowing his club the later-than-expected scoop. All of which is probably a positive from a Penn State standpoint - his verbal seems to indicate that college is his plan for now. He joins Jack Barre (Dartmouth-bound in 2012) and a number of other as-of-now uncommitted teammates in that route. 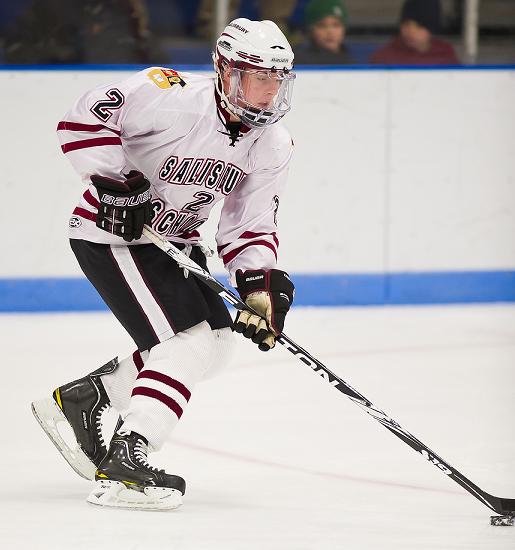