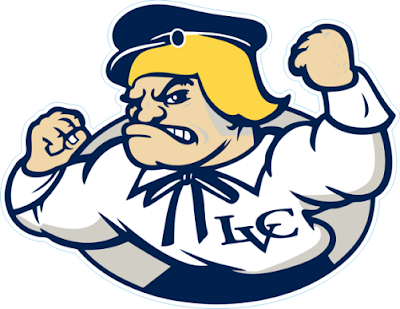 The Icers have made (hopefully) one final adjustment to the 2011-2012 schedule during a pretty eventful offseason on that front. Lebanon Valley College is back on, this time as the opening-night home game on October 7th at 7:00 p.m., replacing Washington & Jefferson.

Really though, to be brutally honest, the only noticeable change will be in the color of the jerseys getting routed by Penn State. The Dutchmen suffered two seasons without winning a game as an NCAA Division III team, then moved to the ACHA for 2010-2011. LVC went 21-6-0 in that debut season against a fairly suspect schedule, and have also had about four coaches in the last 21 months (Don Parsons is the new man in charge this year). It's a program in desperate need of some direction, and hopefully Parsons will prove to be the man to provide it. The team lists just 19 players on its roster. Three of them are goalies, seven are defensemen, leaving room for just eight forwards (Matthew Conroy, who plays both forward and defense, is the 19th player...I'm guessing he'll end up helping to complete a third forward line).

You may remember that LVC was on the originally-released tentative schedule as a home-and-home on February 17th and 18th, before that was dropped last month in favor of home games with Duquesne (on the 17th) and Kent State (on the 24th). Also since the first schedule announcement, a game at NCAA Division III Neumann University was moved from November 4th to January 4th (in an effort to play it outdoors following the Winter Classic). January 4th at Central Oklahoma and January 5th at Oklahoma were dropped to accommodate that move. The November 10th game at West Chester and the December 16th home tilt with Niagara were also cancelled.
Posted by Kyle Rossi at 4:21 PM