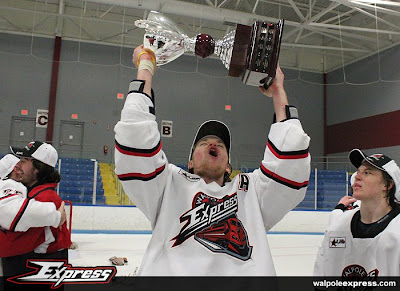 A mundane, yet vital, precursor to the February groundbreaking for the Pegula Ice Arena is now completed as the College Township council approved the area's development plan. Next up? State College borough and Penn State Board of Trustees approval of said plan.

I'll save you from having to read the whole article. You're welcome.

Though a traffic impact study showed adding right turn lanes at the University/ Curtin intersection would not help traffic volumes, council members still thought traffic there will be a problem.

“In most cases, we’re not adding right-turn volume, we’re adding through volume,” said Jason Stimmel, of McCormick Taylor, the firm that conducted the traffic study. “Those through movements block vehicles from getting into the right turn lane.”

Councilman Dan Klees also had concern about those who direct traffic not having enough training to handle the increased volume, particularly when multiple sporting events could take place the same day.

“I’m just concerned that it isn’t always obvious, as a consumer and a municipal official, that it’s being done to the highest level, given the responsibility we’re entrusting with some people who are only part-time,” he said.

2. Week in Review
(View From the Booth)

Steve Penstone hits Guy Gadowsky and Nate Jensen as he continues to plow through seemingly the entire Icers roster before the season even starts.

The ACHA D2 team released its roster this past week, and lo and behold, some familiar names were included: Joe Zitarelli, Mac Winchester, Matt Venoit and Creek Lewis. The first two, of course, were vital role players last year in a season where poor depth would have meant missing nationals for the first time ever in the ACHA era. Venoit and Lewis are guys who had a lot of success in the AtJHL and are probably hungry to prove something after not making it through Icers tryouts. It's probably not crazy to predict big things for an Ice Lions team that was on the cusp of nationals last year.

Josh Hand's squad began its season with a 21-1 trashing of Susquehanna on Saturday - so far, so good.

Who would've ever guessed that a USHL player and a DI transfer would be the two defensemen cited as looking good on the power play?

Joe Battista: A Hat Trick of a Weekend in Hockey Valley
(statecollege.com)

A Joe Battista column about hockey is pretty much an automatic include, but this one was better than most, particularly if you're interested in any of former assistant coach Matt Bertani, The Namesake's tennis-playing daughter, or how JoeBa spent the day of the PSU-Alabama football game.

Speaking of Mr. Battista, here's something random on which I stumbled. It was posted on YouTube by the PSU Innovation Park account and is one of...


...a collection of interviews with people -- from the unknown to the well-known -- who reflect upon life's journey as a progressive act that can have no predefined conclusion or result. With such understanding, they reflect on the importance of embracing change, hardship, failure, love, and courage.

JoeBa's contribution is the story about how he learned that the Icers were losing their rink - Ice Pavilion the First - three days after he arrived on campus, but how that unexpectedly ended up as a positive event in his life.

Call me crazy, say I'm reading way too much into things (usually true on both counts), but check out Battista's quotes in this one. It sounds like this whole thing is a lot closer to off than on right now.

This is the ACHA...
(achahockey.org)

The ACHA appears to be firing back at the NAIH with...a brochure.

Fool me once, shame on...shame on you. Fool me...can't get fooled again. I'll believe it when there's an announcement.